"Homewood is not the community most people think it is." 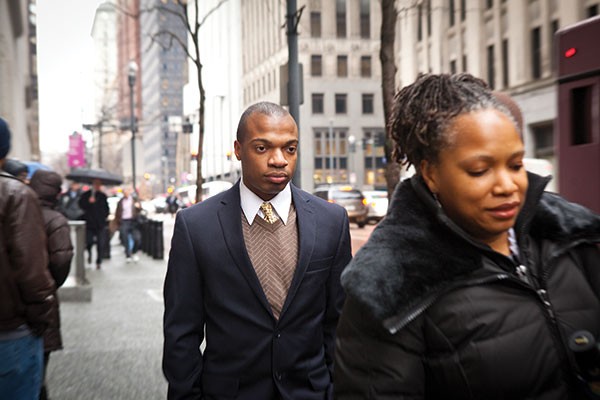 When a federal jury issued its verdict in the Jordan Miles trial against three police officers on March 31, some hoped it would provide closure.

"The arrest of Jordan Miles was a troubling and divisive event for the entire community," said U.S. Attorney David Hickton hours after the jury handed down a split verdict. "The jury has spoken. It's time to heal."

"Our community must start healing, and must start rebuilding the trust we must have for safe communities and a better police force," said Mayor Bill Peduto. "I am ready to start that now."

But healing might be difficult — especially in Homewood, where Miles had his 2010 encounter with police

"To just tell people to heal is fucked up," says Vanessa German, an artist and Homewood resident who attended the trial. "How do you heal when the police never came out and said they did anything wrong?"

This was the second civil trial stemming from a January 2010 altercation between Miles and three city police officers on Tioga Street. Miles claims he was walking to his grandmother's house when three police officers jumped out of a car and assaulted him before taking him to jail. He says the officers didn't identify themselves and, at first, he thought he was being robbed. For their part, officers David Sisak, Michael Saldutte and Richard Ewing say they approached Miles because they saw him lurking on the side of a house. They say they identified themselves before Miles ran, and that he had a bulge in his coat they believed to be a gun. (The officers alleged that they saw a soda bottle, a claim Miles denies.)

While the verdict was a partial victory for Miles, it's cold comfort to some residents of Homewood, which defense attorneys labeled the "home of the drive-by."

And while crime statistics do bear out concerns about violence in the neighborhood, members of the Homewood community say numbers don't tell the whole story.

"To hear the way the defense would portray Homewood through statistics, and through the lens of the police, was discordant to me, because I live in Homewood," German says. "It's not a war zone. I was sitting with my neighbors, and we know what living there is like as opposed to the caricature they painted."

In the first trial, Miles himself testified to hearing gun shots on a daily basis, a statement defense attorneys repeated to the jury throughout the second trial.

"I know most of you aren't used to ... hearing gunshots every day in your neighborhood," defense attorney James Wymard said in his opening arguments.

Later, Wymard would note that in 2011, MSNBC host Rachel Maddow designated Homewood as the nation's "most dangerous neighborhood."

"This is Homewood, home of the drive-by ... home of the gangbangers," Wymard told the jury. In his closing argument, he praised the officers for being "out there putting their lives on the line, patrolling streets you and I wouldn't dare drive on."

Miles' attorneys objected to such labeling. Despite Wymard's characterizations of Homewood, Joel Sansone argued, "The only persons who ever bothered Jordan Miles in this neighborhood are these three men."

"Homewood is not as bad as people say," says Jerome Jackson, president of Homewood nonprofit Operation Better Block. "We have great residents, great people. I think it's a shame because we do have a lot of good things here."

While defense attorneys referenced Homewood "gang members" and "gang bangers" repeatedly during the trial, Jackson says Homewood's problem with violent crime has decreased since its peak in the 1990s. "Homewood is not the community most people think it is."

Even a police commander, Rashall Brackney, took issue with Wymard's depiction of the community.

"I don't know why they would've characterized it that way," says Brackney, who grew up in Homewood and continues to be involved with the neighborhood. "Characterizing any community that way without a lot of intimate knowledge of that community and how disenfranchised and underrepresented it is can be dangerous."

Policing the area can be dangerous as well. In an April 2013 incident, Officer Morgan Jenkins was shot and Officer Michelle Auge was beaten by a suspect police have identified as James Robert Hill, who'd allegedly escaped from a Braddock halfway house. A trial in that case is pending. Later that summer, an unknown person shot at a police officer standing on a Homewood porch during a call; no suspect was apprehended.