Photo: Quinn Glabicki/PublicSource
A member of Greater Pittsburgh Area MAD DADS stands in front of the East Hills Community Center on Sat., Oct. 9.
The July 4 holiday has historically turned violent in some parts of Pittsburgh, but in a year of increased violence in the city and nationwide, one community group saw a breakthrough that day.

MAD DADS, a group focused on street outreach, presided over a more or less nonviolent scene Downtown that night. When a confrontation started brewing between groups of young men, they got to work with their signature strategy: inserting themselves into a potentially violent situation, unarmed, until cooler heads prevail.

“We kept hanging around until the groups dispersed, to the point where we said we had a good night tonight,” said George Spencer, the group’s president. There were no reports of violence Downtown that night.“That was several years in the making.”

The group teamed up with the city’s Group Violence Intervention unit and city police to respond proactively to potential problems.

“We try to say encouraging things,” Spencer said. “‘We want everyone to get home safe,’ ‘We don’t want to see anyone get arrested.’”

Spencer and his group are part of a large, loosely connected set of community organizations working to curb gun violence in Pittsburgh. While they are driven by successes like Spencer saw on July 4, this year and particularly this summer have been all too tragic.

The rise in gun violence has coincided with a campaign for mayor of Pittsburgh that pits a state representative against a former police detective. In separate events and at the first debate of the campaign, Democrat Ed Gainey and Republican Tony Moreno have made public safety the top issue of the campaign.

Their speeches and exchanges split the issue into two sides. Gainey calls gun violence a public health issue, an epidemic alongside COVID. He says majority-Black neighborhoods are overpoliced. Moreno dismissed the public health notion and said more police presence is vital, even suggesting to put officers “on every corner” in certain areas.

But community groups and activists, who work in the neighborhoods year after year without regard for the political calendar, say the issue doesn’t fall neatly along political lines and requires a community-led approach that goes beyond the mayor’s office.

Gun violence in Pittsburgh is up in 2021, as it is in many American cities, and community leaders were quick to point to the COVID-19 pandemic as an accelerator. Spencer said with many youth having spent a year or more out of school, tension and disputes brewed on social media. Now that students are back to in-person school, those conflicts that festered online can lead to physical violence.

“You had people that to some degree weren’t as visible for a while now being visible,” Spencer said.

Dr. Staci Ford, a youth trauma response specialist who works as a consultant to area schools, said she’s seen a “dramatic change” since the pandemic began. “They’ve been confined during the pandemic with nothing to do but be on social media, and it really escalates trauma-related issues that have been going on for years,” she said.

Pittsburgh’s homicide rate is not exceptional; it’s similar to or lower than that of benchmark cities Milwaukee, Cincinnati, Philadelphia, and others. But some neighborhoods are seeing homicides at up to 10 times the rate of the city as a whole.

Pittsburgh’s gun violence is impacting the city’s Black communities the most. Of the city’s 43 homicide victims so far this year, 39 were Black, or 91%. Just 23% of the city’s population is Black.

“It’s a leading cause of death for African Americans, and that’s pretty scary,” said Eileen Smith, a pastor and the director of the South Pittsburgh Coalition for Peace. 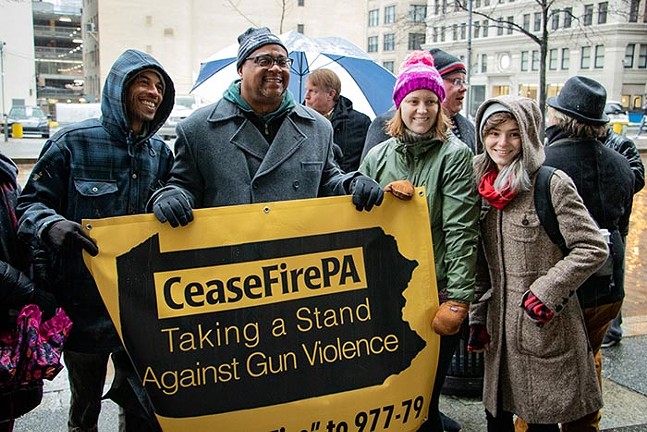 ‘Public safety comes out of the community’

Answering a mostly unrelated question about the use of federal funds during a debate hosted by 1Hood Media on Oct. 4, Gainey launched into an impassioned speech on overpolicing: “Pittsburgh, listen to me,” he said, “you can put 1,000 cops on every block, and they can’t stop the violence. They can make the arrest after the crime is committed.”

He said policing minority neighborhoods more than others prevents trust from forming between police and communities. “That’s not how we build a police force where everybody feels that they’re protected and safe,” Gainey said.

Moreno countered by calling for increased police presence: “We need to have a police officer on every corner until the violence stops” in high-crime areas, he said.

“The first step in de-escalation is officer presence,” Moreno said. “We need to parallel that with having the social workers come in behind and find out what’s going on with the family.”

The debate between candidates presented police presence as a binary issue. But Spencer explains that it’s more nuanced: If police are a reliable presence in a community and gain trust, having more officers would be a good thing, he said.

The 66-year-old recalled his childhood, when his youth football coach was a local police officer who knew his uncle. He spoke of such officers as a positive presence in the community, but said he doubts the Bureau of Police today has enough officers and resources to have that kind of presence in each community.

“If you're just proposing to put an armed guard on the corners, just someone with an assault rifle there in case there’s violence, then that’s a mess,” he said. “That doesn’t solve anything.”

While mayoral candidates talk about what they would personally do to reduce violence in the city, some say the solution has to come from the community at the most basic levels, not from the top of city government.

Jay Gilmer, vice president of MAD DADS and a violence prevention coordinator for the city, said city government can’t provide the services and impact that organizations such as MAD DADS do, no matter who is mayor.

“Nobody’s paying us,” Gilmer said of MAD DADS patrol volunteers. “We’re there because we simply care about the residents. And residents get that, they know that.”

“We believe public safety comes out of the community. You don’t not do something just because the police is going to get you, you don’t do it because it messes up your community.”

Smith, of the South Pittsburgh Coalition for Peace, said her organization launched in 2005 in response to the shooting homicide of a 16-year-old Carrick High School student. One of their primary programs is very similar to the MAD DADS approach. A team of four people that includes a chaplain — Smith described the team as “culturally-trained violence interrupters” — patrols a handful of South Pittsburgh neighborhoods, referring youth to resources they may need.

Rashad Byrdsong, a longtime Pittsburgh organizer and the founder of the Homewood-based Community Empowerment Association, is trying to build a coalition of influential people across the city to focus on the root causes of violence: inadequate education, mentorship, housing, food and more.

His group holds community meetings on the subject of violence; a recent one drew Gainey and Homewood’s city councilman, Ricky Burgess. He said he invites the chief of police and the Zone 5 commander, county health department leaders and officials from UPMC, Highmark, and the University of Pittsburgh to take part in discussions.

“It’s going to take that coalition to come together and say, what do people need?” Byrdsong said. “Everyone who has a hand in this needs to come together. Sometimes organizations just don’t communicate with each other.”

Byrdsong has been doing this work for decades, but the issue of gun violence became even more personal for him last year, when his grandson was shot and killed in Penn Hills in December. Fifteen-year-old Jafar Brooks, a Central Catholic football player, was “a good kid” Byrdsong said, and “a lot of people were hurt by his untimely killing.”

His grandson was one of 19 Allegheny County homicide victims younger than 20 last year, and one of five who were not even old enough to obtain a driver’s license.

In the Oct. 4 debate, the candidates clashed over how to classify the gun violence crisis, with Gainey insisting on a public health view and Moreno calling it a financial problem.

“We just can’t say it’s a public health problem, because it’s not,” Moreno said. “It’s a financial problem. I don’t know why he keeps saying it’s a health problem when it’s finances that causes violence.”

Gainey rebutted: “This is what happens when you don’t understand trauma.”

The concept of treating violence as a public health issue, which has grown more mainstream in recent decades, generally refers to using data analysis to assess and treat the root causes of violence, much like one would assess and treat the causes of health problems. The Centers for Disease Control and Prevention has done violence prevention work since the early 1980s, and the Allegheny County Health Department established an Office of Violence Prevention in 2016.

Organizers interviewed by PublicSource said poverty is one of the factors that lead to violence, but a public health plan is needed to tackle violence’s root causes comprehensively.

“Violence is curable, just like a disease,” Smith said.

Asked for their views on the candidates’ statements, the advocates pointed out that city politics, and the mayor’s office, don’t define or dictate the direction of their work.

“This city is a lot bigger than the mayor,” Byrdsong said. “Whoever takes over the mayorship, if it’s [Gainey] or Moreno, is going to find that out very quickly. And that’s why we need a coalition.”

Spencer paused when asked what he wished politicians would do or say differently on this issue. He said he doesn't think about it much. Instead, he emphasized the nonpartisan nature of his work.

“Whoever wins the election, we’re going to be here and be ready to work with them,” Spencer said. “We attend meetings and we’ll get to work with the next mayor, no matter who is elected.”

Ford, the youth trauma specialist, said she’s frustrated that the issue is primarily discussed and debated during campaign seasons. “We need to be doing this work all the time,” she said.

And Smith, of the South Pittsburgh Coalition, said: “I don’t know what the candidates are arguing about. The community needs to get involved. Ministry, businesses, everyone needs to get involved to stop the violence.”This story was copublished with our news partners at PublicSource, Pittsburgh's nonprofit digital-first news organization. Follow PublicSource government reporter Charlie Wolfson on Twitter @chwolfson. 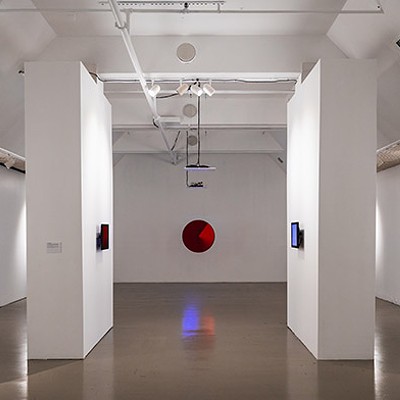