Tedious and simplistic, it's another road movie about an old man, his son and their journey of self discovery 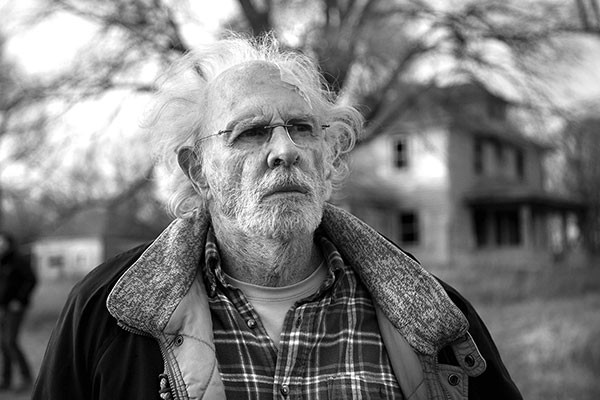 Since 1996, Alexander Payne has directed one great film (Election), one decent one (The Descendants), and three highly overrated ones. And yet, I never imagined he'd make a movie as hackneyed and unbearable as Nebraska.

Tedious and simplistic, it's another road movie — that's all he makes any more — about a senile old man, his diffident son and their journey of self discovery. (Why else would you sojourn with someone you don't want to be in the same room with you, let alone the same car?) Turns out they don't discover much about themselves, which may be what Payne wants to say. But his movie is so busy being contrived that I can't be sure.

This road trip begins when Woody (Bruce Dern) receives a magazine-sweepstakes letter and believes he's won a million dollars. He lives in Billings, Mont., and the money is in Lincoln, Neb., 900 miles away, so he keeps setting out, on foot, to collect his prize. Finally, to shut him up, his younger son, David (Will Forte), agrees to drive him to Lincoln to collect the booty that the whole family (his wife and other son) knows isn't really there.

A thoughtful and patient director could build a character study on that foundation. But Payne is a rather smug one, so the men stop in the small town where Woody grew up, and where affable old friends and relatives turn into greedy vultures. David learns good and bad things about his father whilst communing with these folks, but nothing that screenwriter Bob Nelson concocts is remotely original, insightful or moving.

Why are these people so forlorn and empty — or does Payne just want them to be? Does the dialogue capture the banality of conversation between people with monotonous lives, or is it just bad writing? Now and then we get a glimpse of a disheartening malaise — a broken heartland, you might say — but we learn nothing compelling about its immutable causes.

The acting is largely uninspired and often feeble: Dern hobbles around and looks bemused, and Forte brings nothing to the role of a man who's pretty much nothing. I watched Nebraska with an older audience that chuckled at its corny and often sophomoric humor, but I can't believe they'll go out and tell their friends that they liked it. As every Nebraskan knows, sometimes you just have to salvage what you can from disaster.