CP Illustration: Lucy Chen
In Pittsburgh, locals call being nosy and gossipy “nebby” and Pittsburghers looooove to be nebby. And while nebbiness used to be confined to water coolers, neighborhood meetings, or chats on the porch, modern-day nebbiness can now be found online.

The nebbiest posts are usually found on Nextdoor.com — a social media site for sharing neighborhood happenings that is sometimes filled with paranoia — but nebby posts can really be found anywhere on the web: Facebook groups, Twitter, and even online comments and reviews.

Pittsburgh City Paper is setting out to collect the best, craziest, and non-offensive nebby posts from across the region, and will be sharing them on a regular basis. According to Pittsburghers on social media, some of the more memorable posts over the years have included: someone filing an official noise complaint and calling the police over a neighbor's wind chimes in Garfield, a Pittsburgh racoon causing a ruckus after getting drunk off fermented berries and crab apples, and someone allegedly leaving random fruits in a neighbor's yard in Bellevue, aka a “drive-by fruiting.”

Sometime between Oct. 6 and Oct. 7, a resident in Homewood posted on Nextdoor that they have been dealing with an unwanted, if relatively harmless, guest for over a week. Someone’s chicken, not theirs, had commandeered their yard, and apparently won’t leave.

“Hey anyone out there lose a chicken we’ve had one for over a week and it wont leave,” wrote the Homewood resident on Nextdoor.

Screenshot taken from Nextdoor
Maybe the chicken just saw all the attention other stray birds were getting in the news and decided to blaze its own path.

Last month, a Steller’s sea eagle escaped from the National Aviary in the North Side and spent several days enjoying Pittsburgh’s North Hills. Eventually, Kodiak the sea eagle was captured in Pine Township and returned home. Also in September, a scarlet macaw flew away from its home in Stanton Heights before being captured by a good Samaritan and then returned home.

As for the Homewood chicken, one commenter on Nextdoor believes that it won’t be returning home and has now found a new residence.

“Obviously the chicken has selected you,” wrote the commenter with a winky face emoji.

CP is going to keep sharing the best nebby posts when we find them, as often as we can, but we also would love our readers to help. If you come across a funny, interesting, or particularly nebby post, please send it our way to ryandeto@pghcitypaper.com. We will remove any identification information from the post. (Please don’t send any racist, transphobic, or otherwise offensive content, we have no intentions of amplifying those.) 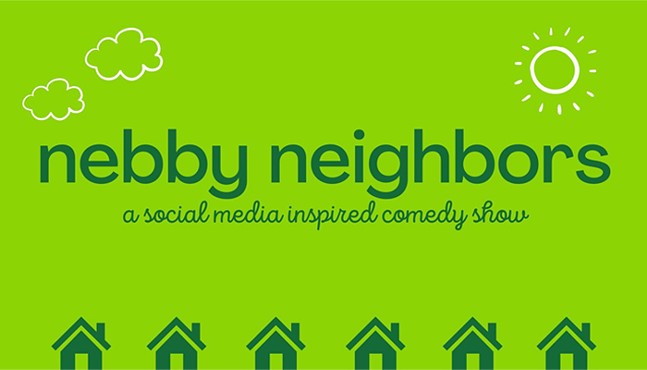 Also, check out the Nebby Neighbors comedy variety show, produced virtually and live for Pittsburgh’s Arcade Comedy Theater, and inspired by Nextdoor posts. Thanks to the readers who shared this with us last week! There is a lot more nebby content out there to love.