CP photo illustration: Abbie Adams
Pittsburgh-area leaders have been desperate to attract people to the region. For decades, the area has been losing population, caused by a combination of older residents dying and younger people leaving to move to other parts of the U.S. Since 1960, Allegheny County has lost more than 400,000 residents.

But that hard truth hasn’t stopped many local politicians from utilizing nativism and xenophobia as political strategies. These tactics might drive people away from Pittsburgh, even as some leaders are begging people to move in, but they are pretty regular in Western Pennsylvania, including demonizing immigrants or claiming an opponent wasn't born in the district.

This year, nativism is being directed at state Rep. candidate Emily Skopov (D-Marshall). Skopov is running in Pennsylvania’s 28th state House District, which includes the North Hills communities of Bradford Woods, Marshall, McCandless, Pine, and Franklin Park. Her opponent is candidate Rob Mercuri (R-Pine), a veteran who works in the finance sector.

Circulating mailers paid for by Commonwealth Leaders Fund, a conservative PAC, claim that Skopov’s “Beverly Hills politics are bad for North Hills families” and that she will "impose California ideas, like government-run health care and massive tax increases on Pennsylvania families.” On the front of the mailer, the claim about “Beverly Hills politics” is repeated. (Also, note that the California legislature rejected an attempt to create single-payer health care in 2017, and the tax-burden of the Golden State is less than 1 percentage point higher than Pennsylvania). 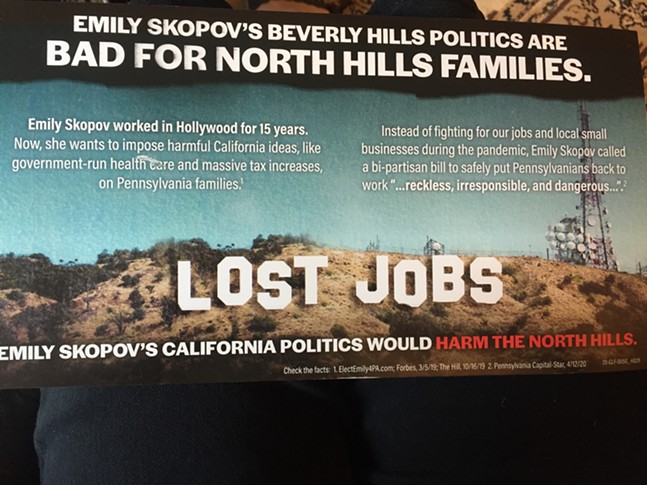 Mailer sent out to North Hills voters
Skopov takes issue with the mailer’s focus on Beverly Hills. Skopov did have a 15-year career in Hollywood writing and making films and TV shows, like Xena Warrior Princess. But her campaign manager Nichole Remmert says she never lived in Beverly Hills, which many assume as a very affluent part of Southern California. When Skopov was working in the film industry in the 1990s and early 2000s, she mostly lived in neighborhoods of Venice and El Segundo; not exactly paragons of the wealthy, especially back then.

Additionally, Skopov says that she grew up in a working-class neighborhood in New York and that is where she formed her values. She says she was intentional about choosing to live in the Pittsburgh area. 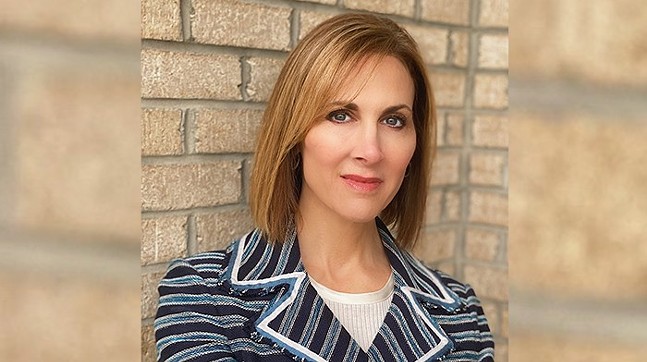 Photo: courtesy of campaign
Emily Skopov
“My husband Todd and I chose this community because it reflects the values and culture with which we were raised, and which we are instilling in our son and daughter,” says Skopov in a statement. “It’s offensive and insulting for Rob Mercuri and his shady network of anti-education supporters to knowingly suggest otherwise.”

Skopov says her values are no more shaped by her time in the Los Angeles area than Mercuri’s time working as a consultant in Manhattan. According to Mercuri’s LinkedIn page, he worked as a manager at Ernst & Young, a multi-national accounting firm, from 2009 to 2011.

The Mercuri campaign didn’t respond to a request for comment.

Last month, Pittsburgh City Paper reported on how surveys were being circulated calling Skopov “a Hollywood filmmaker who has spent the majority of her life working in the movie industry and living among left-wing liberal celebrities in Los Angeles, and will put their interests above our western Pennsylvania values.”

That was also an exaggeration, but Skopov says she understands that her opponents are apparently keyed-in on using xenophobia as a main campaign tactic.

“Unfortunately, this is just a continuation of his campaign’s thinly-veiled nativist and xenophobic rhetoric and its continued devaluation of those residents who have made great sacrifice to relocate their families and lay down roots in our community,” says Skopov. “This attitude and these actions are not reflective of the values and the folks of our district.” 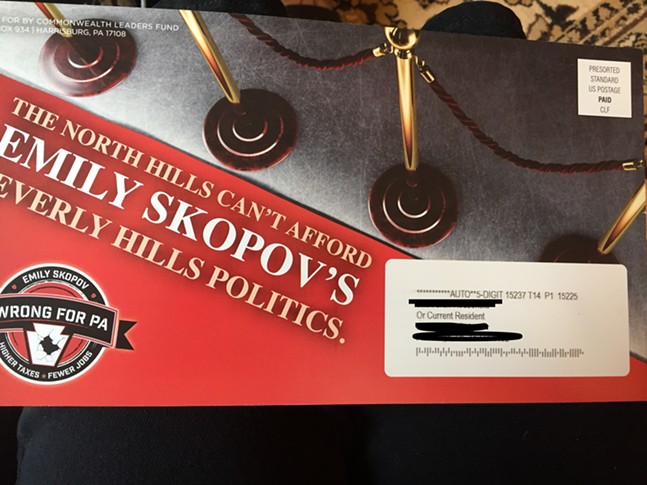 District 28 has long been a Republican stronghold, but is quickly becoming a swing district. In 2018, Skopov came within 9 points of former House Speaker Mike Turzai (R-Marshall), who received 54% of the vote. This was the closest general election Turzai has ever faced; he retired earlier this year. In 2018, Democratic Gov. Wolf actually carried the district by about 10 points. In the 2020 primary election, Democrats tallied more votes there than Republicans.