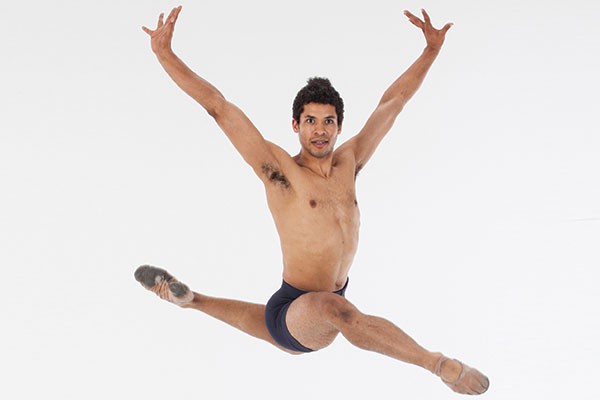 Ever since Alan Obuzor was young, his mother, Marjorie Liese, encouraged her children to try different things. Having enrolled Alan and his three sisters in gymnastics at Gymkhana, in Point Breeze, Liese had them also try dance classes at a studio in the same building. The move would change Obuzor's life.

"After my first ballet class, I told my mother I wanted to be a dancer when I grew up," says Obuzor. He was 9.

While Obuzor's knees might have hindered the progress of his dance career, they didn't halt it.

That lesson about trying different things led him to take up teaching dance. He has taught at the Pittsburgh Ballet Theatre School, is currently on faculty at Pittsburgh Youth Ballet, and teaches at Studio 19 Dance Complex in North Hills.

The penchant for new experiences also led him become a choreographer when, in 2002, he created a work with fellow PBT company member Julia Erickson for the company's annual Dancer's Trust benefit concert.

"After I had stopped dancing at PBT, I realized I still wanted to dance," says Obuzor. "I needed to have a different environment where I could dance healthily."

It was then, Obuzor explains, that he began thinking of starting his own dance company. "I thought if I had my own company I could pursue my own choreography and dance as much or as little as my body would allow, plus I could also teach other dancers and learn from them," he says.

So in 2011, Obuzor founded Texture Contemporary Ballet, for which he is now best known. In 2013, the group was named as one Dance Magazine's Top 25 to Watch nationally.

When Obuzor was chosen recently to be a part of the Kelly-Strayhorn Theater's Fresh Works series, it seemed a natural fit. The program is an incubator and creative laboratory for Pittsburgh-based artists focused on new approaches to dance, and on making connections between dance and other disciplines.

Obuzor was given 80 hours in The Alloy Studios, in Friendship, to create a new dance work in collaboration with local vocalist Anqwenique Wingfield. The fruits of their labor, the 25-minute "Looking Back and Moving Forward," will be performed this Friday at The Alloy Studios.

Obuzor says he chose to work with Wingfield after becoming familiar with her talents at a few shows where both she and Texture performed. Wingfield, accompanied by a keyboardist and possibly a percussionist, will provide the music for "Looking Back and Moving Forward," singing a mix of contemporary soul and jazz standards including Billy Strayhorn's "Lush Life" and Sade's "Cherish the Day."

The pair's residency, which began in January, also presented Obuzor with another new challenge, in that the songs Wingfield would sing had yet to be chosen.

"I thought it would be interesting to begin choreographing movement to completely different music and then transfer it onto the songs we would ultimately be using," says Obuzor.

Obuzor says he found the process of piecing together the movement he created onto different songs intriguing.

"It made me want to cut apart the dance steps and phrases more than I normally would and presented me with another tool to use in my choreographic process," says Obuzor.

The abstract ballet will feature five of Texture's dancers, including Obuzor and associate artistic director Bartman. And while the ballet has no narrative, Obuzor says, he had in mind as its driving force that of getting to a point in one's life "when you just stop and reflect on the really memorable moments in your life." It's a theme that Obuzor, 31, can himself now appreciate, recalling that first ballet class and his mother's lesson about trying new things.