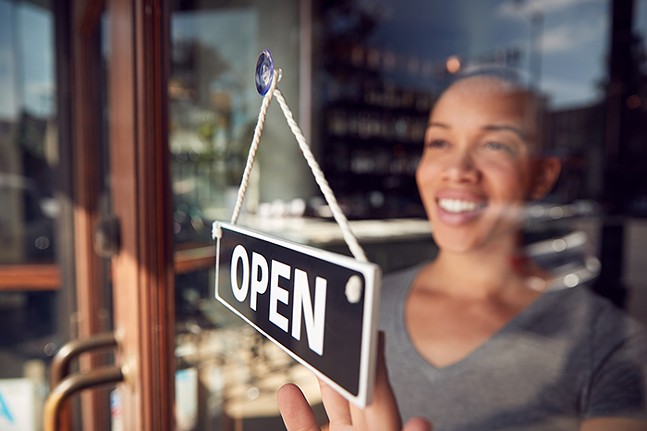 As the economy continues to rebound as more and more Americans are vaccinated, one national group is hoping to help some of those Black-owned businesses recover, including those in Pittsburgh.

Black Restaurant Week is highlighting six Black-owned food businesses in the Pittsburgh area as part of the No Crumb Left Behind Campaign, which works to provide improved marketing/PR/advertising to promote Black-owned businesses. These Pittsburgh businesses are featured on Black Restaurant Week's website, and from Fri., June 4 to Sun., June 13, customers will be treated to prix fixe brunch, lunch, and dinner menus at participating restaurants within the area.

According to a press release, the currently confirmed list of Pittsburgh-area businesses participating in Black Restaurant Week include:

More Black-owned businesses could be added to the list. Also of note, the Pittsburgh Post-Gazette last year published an extensive list of Black-owned restaurants in the region.

Black Restaurant Week was started in 2016 by founder Warren Luckett and co-founders Falayn Ferrell and Derek Robinson. This year’s national event includes free entry-level business registration and inclusion in the national culinary directory on Black Restaurant Week’s website. Luckett says he hopes this year will build on their success from past campaigns.

“We had phenomenal success last year with the regional campaigns and wanted to continue that model to help businesses nationwide,” said Luckett in a press release. “There were so many testimonials from restaurant participants of how this campaign helped keep their doors open.”