My preferred candidate has died or won higher office – what does my vote mean? | Pittsburgh City Paper 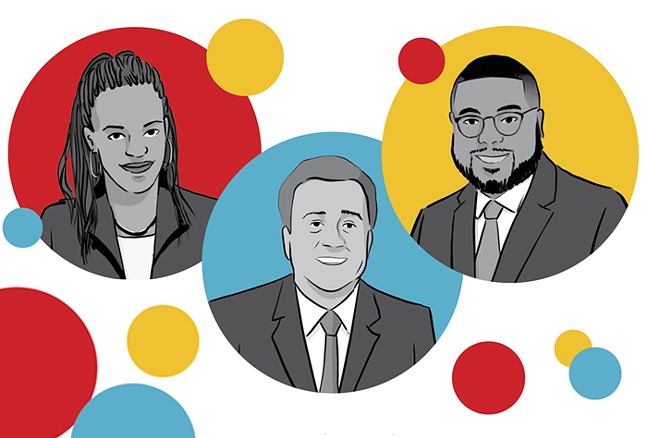 Several likely winners in local races this year have also placed their hopes on higher offices, or, in one case, they have died. What does this mean for your vote?

If a nominee is running for multiple offices and wins both, they must forfeit one before they can fill another. The seat they chose to vacate then reopens and must be filled by a special election.

If a nominee dies between the primary and general elections, and their party does not appoint a replacement, they can still win the seat if they secure the most votes. But for obvious reasons, they cannot be sworn in, and so, in this case, the race must also be opened up for a special election.

Below, Pittsburgh City Paper walks you through the special election scenarios in several Allegheny County races.

Democrat Summer Lee has served Pennsylvania’s 34th House district since 2019, and she’s the only one on the ballot this year. But Lee is also running for a seat in the U.S. Congress, where polls show her as the likely winner.

How can I vote?
Voters can either elect Lee or submit a write-in candidate.

What happens next?
Assuming Lee wins both races, she can be expected to vacate her Pennsylvania seat, opening it up to a special election. In this scenario, Lee’s primary opponent, Abigail Salsbury, has indicated that she intends to put herself forward again. The Republican Party, which did not nominate a candidate during the primaries, can also select another candidate.

If Lee loses her congressional race, she will almost definitely retain her seat in the General Assembly as she is running unopposed.

How can I vote?
Voters can opt for DeLuca or Livingston, who will both appear on the ballot, or they can write-in a candidate.

What happens next?
If DeLuca wins, his seat will immediately be vacated, and a special election where all parties can select new nominees will follow. If Livingston wins, she can assume office as usual.

Incumbent Austin Davis is on the ballot to retain his seat while also being the Democratic candidate for Pennsylvania’s lieutenant governor.

How can I vote?
Voters can opt for Davis or Nevills, or they can write-in a candidate.

What happens next?
If Davis wins the lieutenant governor race, and he accepts it, he must forfeit his seat in the state House, forcing a special election where all parties can chose new nominees. If Nevills wins, he can assume office as usual.