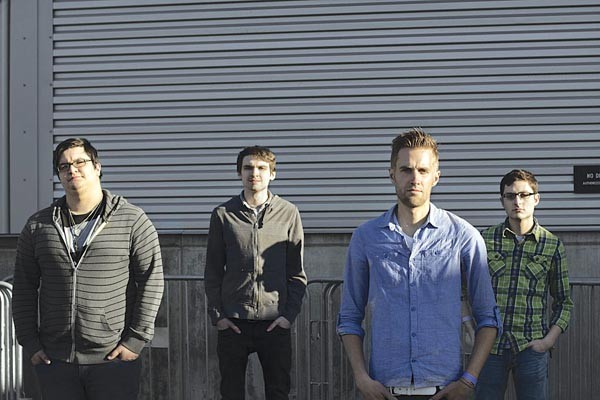 Keeping with a true independent work ethic, the band has been able to make a name for itself through the hard work of each individual member. "We don't have a label or anybody that's on our tails all the time," says keyboardist Alex Robertson. "No pressure."

So, the band members have funded recordings and booked tours themselves, and the persistence has paid off: My Cardboard Spaceship Adventure has developed a decent following after a handful of independently booked tours along the East Coast.

The initial idea for the new single came from collaboration between bassist Dan Becker and lead vocalist/guitarist Mikey Meiers; that iteration is included in one of the band's videos posted on YouTube. "Mike and I just sat down with acoustic guitars, just hanging out. We recorded it and just put a snippet of it in a video," explains Becker. "As soon as it was posted, Alex and [drummer Andrew Hapeman] heard it and brought it together." The song was written in a week and recorded with Douglas in two days.

"Farewell" represents a slight change in direction for the band. Partly thanks to producer Douglas, who helped the band craft the song's structure in the studio, the song maintains the epic pop hooks the band has become well known for, but adds enough grit and tightness to present the group as a contender for the Pittsburgh pop-punk championship.

On the AbsolutePunk website, a longtime fan from Tampa, Fla., commented on the song, telling the band that it was headed in a good direction. Becker says the band loves hearing the opinions of fans who have grown with the band.

Robertson adds that debuting the song on such a popular site is "the biggest litmus test of whether or not we're doing something right."