"Ten years from now, they'll be competing for the exact same gigs, because Pittsburghers don't like to pay a cover charge. There's a disparity there that needs to be addressed."

The ages-old tale is that of the musician from Pittsburgh who lights out for somewhere else — Nashville, New York City, Los Angeles — because he or she can't make a living playing music here. But it doesn't always work exactly that way. Some musicians have moved to Pittsburgh and settled down, like saxophonist Erik Lawrence, who's made a career playing with rock and jazz groups including a notable stint with the Levon Helm band. Others, like Brooke Annibale, leave Pittsburgh only to return. We talked to a handful of artists who either moved in, moved out or boomeranged, in order to find out what Pittsburgh lacks — and what it has that some cities don't. 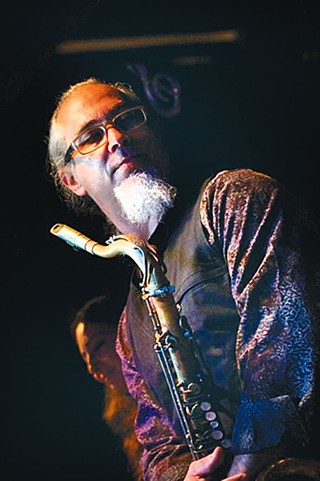 Erik Lawrence grew up in Nyack, N.Y., the son of famed saxophonist Arnie Lawrence. Besides New York, he lived in Vermont for a time; in 2012, he moved to Pittsburgh with his girlfriend, musician Brooke Smokelin (see below).

"I had been playing with Levon Helm for years, and in 2012, he passed away," Lawrence recalls. "Honestly, for that time period, I was satisfied being the saxophone player in my favorite band I'd ever played in, and doing original projects with my friends. ... It seemed like a good time to leave; [New York] is an expensive place, and a lonely place, especially when the woman you love has already moved back to Pittsburgh."

"I didn't want to stress the situation by coming in and pretending to be a big fish in a small pond" as a sax player with a global reputation, Lawrence explains. "And I'm not, in Pittsburgh. I have a lot of favorite saxophone players in this town, and I just love their playing."

As a seasoned musician, what would Lawrence like to see change here?

"The thing that I feel needs some attention is — every place you go to see music, there's no cover charge," he says. "I've played with some of the upper-echelon-type players here in Pittsburgh. And when you can only make ‘X' amount of money per night, despite the quality that you're bringing to the table, it's really difficult. I'm not so much thinking about myself — although I'd love to make a living where I live — but I'm thinking of some of these great young musicians who are going to have to move out of the city in order to make a living, because 10 years from now, they'll be competing for the exact same gigs, because Pittsburghers don't like to pay a cover charge. There's a disparity there that needs to be addressed."

Brooke Smokelin of Vox Lumina grew up in Pittsburgh and moved to New York City in 2001 after separating from her husband. She returned a decade later and began playing music here again.

"The first thing I found really interesting in New York was how brief the time slots were," she says. "You'd get a gig in the city and there would be eight more bands on the gig, and you had a 40-minute slot. Coming from Pittsburgh — we'd definitely share bills, but people would get to play longer, the whole relaxed nature of it.

"Coming up in the Pittsburgh music scene, I didn't really realize how much of a family vibe there was. People go out to support each other. I was surprised by, I guess, the efficiency of the New York scene, but I don't think the musicians really benefit from that."

Smokelin cites the cost of living as her reason for returning to Pittsburgh from New York; she says since coming back, she finds that one obstacle Pittsburgh presents is a smaller scene for the type of music she plays. (Originally more of a singer-songwriter, she now concentrates on healing music and music associated with yoga, which she teaches.)

"In New York, there was a whole scene of music events happening at yoga studios," she says. "It wasn't just meditative music; it was DJs playing at yoga studios. That doesn't happen here in Pittsburgh. I wouldn't outright say that's a disadvantage, because it could be an opportunity, and I'm definitely trying to bring that here. But sometimes you're working against the tide." 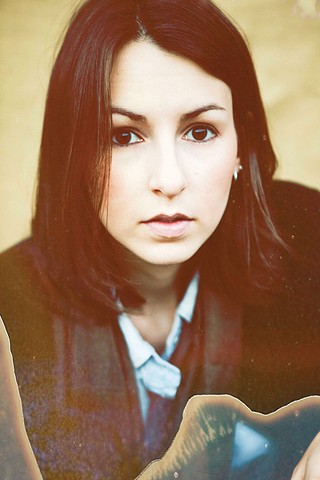 Singer-songwriter Brooke Annibale grew up in Pittsburgh, went to school in Nashville, and has moved back and forth twice since. ("I went back [to Nashville] in 2011 because I had just made a record there and had a great experience," she explains. "I just wanted to be in that creative environment all the time.") Now she's back in Pittsburgh.

"There is obviously an overwhelming amount of talent in Nashville," she notes. "And that can be both inspiring and discouraging, depending on the day."

What, to Annibale, is good about Pittsburgh? "Generally, audiences are more responsive here, mostly because there's not much that the Nashville audience hasn't seen before," she explains, via email. "But obviously, Nashville really appreciates good music, too. I've really been excited about how much the music/art scene has grown in Pittsburgh in just the past few years. I'm excited to be a part of it."

Annibale writes that she ultimately decided to come back to Pittsburgh to be close to family. "As a musician, I can do my job from anywhere — in fact, most of it is done either on the road or on a laptop (and obviously on a guitar)."

"I know I can always go down to Nashville to work on recordings," she notes. "Plus, things just kept falling into place here that made me have to keep making trips back quite often." 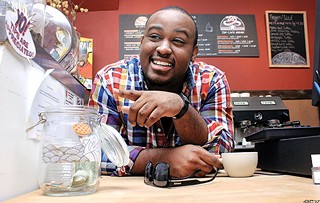 Marcus Harris, a.k.a. rapper MH the Verb, grew up all over, going to high school in Florida. He came to Pittsburgh in the mid-2000s for college, and spent seven years here before leaving for Philadelphia and then New York, where he lives now.

One of his pet projects at Pitt, where he was hip-hop director at WPTS, was bringing the city and the college together. "Unlike a lot of the students, I embrace the city a lot more, I think," he says. "I wanted people from the college to embrace the arts community. There was, and I think unfortunately, there still is, a disconnect between the university and the rest of the community."

Harris still recalls his first off-campus venture: a trip to an open mic at Shadow Lounge with "a bunch of people who wanted to venture a little off the Safe Rider," he says with a laugh, referencing the university shuttle service. At the Lounge, he read poetry for the first time on a public stage. "I got offstage and immediately people said, ‘Hey, you did good, young fellow, here's what you did good' — it was very natural. After that, we started going there a lot." Later Harris and his friends formed The BnVz, a hip-hop band with live instrumentation.

He left for Philadelphia and then New York in order to be closer to the music industry, which doesn't have much of a presence in Pittsburgh. But he'd like to help change that, and sees a few ways in which Pittsburgh can encourage the growth of a healthy music scene.

"Public transportation: That could lead to a lot more collaborative efforts between different parts of Pittsburgh," Harris says. "I also think the education systems, Pitt and Duquesne, could do a lot more integrating with the local arts community to help develop those industries. Drexel, for instance, has a music-industry program through their business school that promotes a lot of young people with that interest to come to [Philadelphia]. Pitt is a place where you have a strong business school; they already have interdisciplinary majors. If they had that kind of program, it would be killer."