Support local music! The lineup for the fourth annual Indie-Rockfest was announced, emceed by longtime Pittsburgh music staple Jeremy Caywood. Taking place on Sat., April 13, 100 percent of the money raised will go to the performing artists. The goal is to further assist local acts with costs such as recording, merch, websites, etc.

.@indie_rockfest is an original PGH-based music festival created to showcase the best local independent musicians in the region. Designed as a pure benefit event, 100% of money raised goes to all of the performers involved. @spiritpgh April 13th
Tickets: https://t.co/NKlGnC1bY6 pic.twitter.com/nYlzfgYWra


Similar to Pittsburgh's Very Own, Mr. Smalls is hosting another night stacked with local talent. On March 30, join Sierra Sellers, NVSV, BBGuns, and Charlie Scott for "Grooves of the 412."


Also! There’s a dope concert with some of the best local artists in the city happening at @MrSmallsTheatre! Ft. @sierrasellerss, @itsNVSV, @BBGunsPGH, and @cscott412✨
Hiphop/Soul/Funk/R&B unite again!
Show love with sharing this flyer, check their music, are buy a couple tix 🎫 pic.twitter.com/BYd4ata4SL


This was a weekend for sold out shows in the 'Burgh. Both The Rex and Mr. Smalls, with completely different music genres, had full houses. The techy, bass-laden G Jones took the stage at the Rex on Saturday, while instrumental jam band, Lotus, played Friday and Saturday at Mr. Smalls.

TONIGHT back at the heralded @MrSmallsTheatre in Pittsburgh, PA for Night 1 of 2 sold out shows, joined by the always jawdropping @ElTenEleven!
Doors open at 7pm, ETE on at 8pm, We'll take the stage at 9:15pm.

Will Call opens at 4pm to grab your tickets early. pic.twitter.com/0aTlzvehDS

Best of luck in Boston, @cindycast! We hope this tribute gives you a boost when you start at WERS this week! We miss you already! 🎶💕https://t.co/SC6lY0nVM7


Pizza and merch? A few local brands partnered up with South Side pizza shop Benny Fierro's for "Bennie Market" on Sunday.


The day has finally come!! Bennie Market begins today at 3pm! Check out a bunch of local brands and meet the people behind them, eat some good local pizza (us), and did we mention BYOB? See you soon! pic.twitter.com/bJGeeIc0NI

Bennie Market 🍕aka @benny_fierros was a dope one today #Pittsburgh. I just love seeing fools just do them and get support for it ... peep the brands and thread [🧵] 👇🏾@nevermindsworld @HOUNDS_USA @goodsportspgh @publicprintpgh pic.twitter.com/vw71ZsRrTK


Family drama with the Gallaghers. Liam Gallagher is currently working on a documentary about his time after Oasis, the band he had with his brother Noel Gallagher. Noel and his management team, Ignition, are claiming they will sue Liam if any Oasis songs are used in the film since Noel wrote most of the music.

Though, if you really think about it.

Ignition is a big company and they probably have managers / employees who make decisions like this one.

Don't think Noel personally has any input in this seeing he is busy with a new tour and in the studio. https://t.co/NAR4RMAkQ7


Ariana Grande broke records last week when Thank U, Next landed No. 1 on Billboard and had the biggest streaming week for a pop album in over a year. This is Grande's fourth No. 1 spot on Billboard, and second in less than six months.


i love u sm and thank u

we love her so much a woman of history


That's all for today. Come back next week for another #MusicMonday wrap-up. 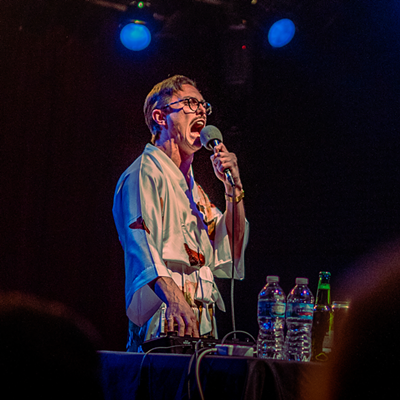