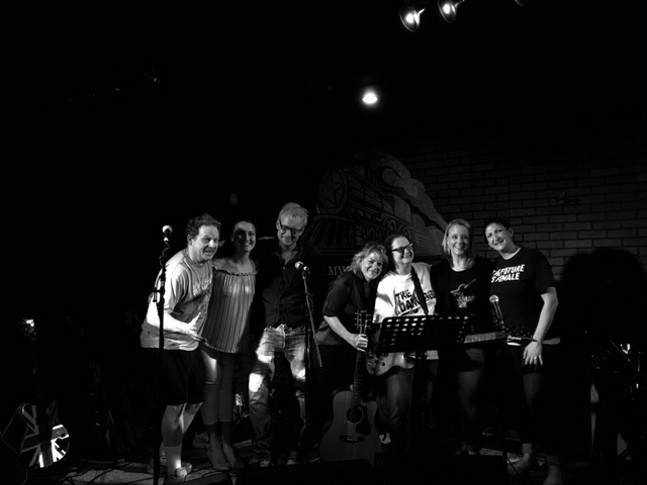 
Over 30 years into its existence, Damaged Pies is still growing.

"We added members yet again," reads the first line of an email from the band’s guitarist and vocalist Steve Bodner. “I keep thinking maybe this will be the year I wind this down and then I keep adding people!”

The veteran Pittsburgh group - which is now a seven-piece band - added cellist, Jenna DiFrancisco, and features four other female members: Marjie Pintea on acoustic guitar and vocals, Megan Paullet on keyboards and vocals, Amy Withrow on percussion and vocals, and Jerri Collins on bass, in addition to Bodner, Mark Pintea on drums.

“The sound is huge with the four-part harmonies and the cello,” says Bodner. “It is kind of like DPO, The Damaged Pies Orchestra.”

Speaking of expanding 30 years into the game, KeyBank Pavilion celebrates 30 years with new features created with the fan’s experience in mind. For the 2019 concert season, the Burgettstown venue adds seats, new food and beverage offerings, and more.

Additions to the food menu include:

Questlove Impossible Cheesesteak - Philly native and joint frontman for the Grammy Award-winning band The Roots, Questlove restaurant will feature a plant-based Philly Cheesesteak. Served on an Amoroso roll, version 2.0 impossible meat will be cooked with onions and peppers, topped with cheese and served with a pepperoncini relish.

California Pizza Kitchen – The pizza chain will offer 10.5-inch Cheese or BBQ Chicken pies to be sold through the convenience of lawn hawking, as well as an option through the main concession stands.

Check out the full scope of changes in KeyBank’s venue tour video below.

The heart of the initiative is a new website, LovePGHMusic.com, which includes an interactive events calendar. Pittsburgh musicians can list shows - from clubs, theaters and house parties to festivals, nonprofit stages and more.

Musical acts will range in genres and perform from 6-8 p.m. There is a $10 minimum suggested donation at the door and all proceeds go to The Clemente Museum.

The Tasting Room at Engine House 25 is located directly next door to the Engine House 25 Building which also houses The Clemente Museum on the first and second floors. The museum’s mission is to preserve the legacy of Roberto Clemente, who was a Pittsburgh Pirate for 18 years and died in a humanitarian effort to Nicaragua. The museum houses many objects, memorabilia, and images from and throughout Clemente’s life.

Since it's Monday, here's a music video for a little workweek distraction. (I won't tell your boss you're watching music videos on the clock.)