In honor of the Music Issue, City Paper celebrates a few favorite venues and give you the rundown on where to get your vinyl, cassettes and CDs locally 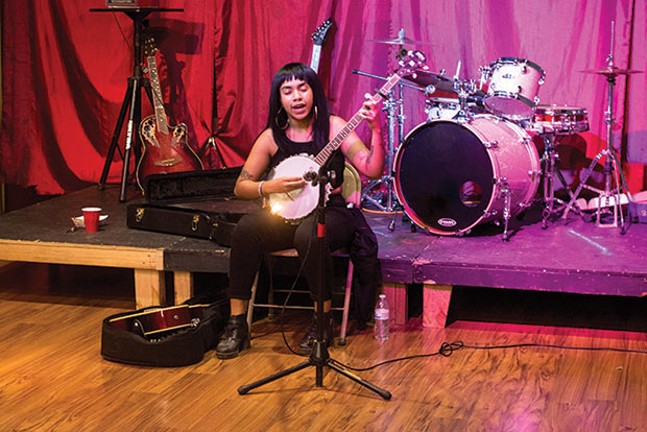 There are tons of venues in Pittsburgh, each with their own quirks and strengths and communities. In honor of City Paper's Music Issue, here are just a few venues of interest to get you hungry to do some exploring yourself.

This venue is one of the few all-ages capable spots in the city, and it plays host to a super wide variety of music. I’ve seen everything from pop punk to hardcore to indie rock to hip hop in its second-floor room, and each time it was an intimate experience. Bonus: It also has the best food of any venue in the city.

The downstairs room at Cattivo and its smaller room upstairs offer two different experiences, making it a great place to show-hop if you’re in that kind of mood when there are two gigs going at once. Cattivo is another venue that keeps an eclectic calendar, so look out for everything from black metal to power pop.

The Funhouse at Mr. Smalls

If you’re a big fan of saying, “I saw this band back when …,” get acquainted with the Funhouse at Mr. Smalls. Mr. Smalls' large room has long been regarded as a crucial space for touring acts from Run the Jewels to Hatebreed to of Montreal and beyond, but its smaller upstairs room frequently hosts mid–level acts that are on the come up.

This board-operated and member-run space is dry and all-ages, making it a unicorn in a sea of boozy, 21+ restricted venues. It’s an excellent place to see bands before they make it big, and it’s also been host to some incredibly intimate shows with big bands (e.g. a VERY sold out Andrew W.K. solo show). It’s a great place to hang out if you’re looking to be a part of the DIY community, and a good way to get your foot in the door if you’re a youngster and don’t know where to start.

Rex Theater’s cavernous room and smart booking make it a great place to experience shows. From Code Orange’s Forever release show, to the wild energy of Me First and the Gimme Gimmes, to Moth story slams, it’s a room for making memories. The theater also commits to showcasing local artists, a major plus for such a large room.

If you’re looking for a speakeasy feel and a personal connection with your musicians, Club Cafe is a nice choice. It’s an escape from the general trash fire that is East Carson Street and feels comfortable and intimate whether you’re seeing alt-country or folk or math rock.

This is the place to see the grimy, gritty, freak-oriented punk rock, noise, post-punk, etc. It’s not a space for the faint of heart, but it’s also always full of energy, and the shows are often booked by active members of the punk community. And while you’re there, get yourself a pizza boat for 50 cents.

The Bloomcraft building in Oakland is a magical land of artistic and community collaboration, and its two venues are great examples of that. The Glitter Box Theater inside and the Babyland Garage around back are places to see shows that center community issues or groups in the community that can be neglected or underrepresented elsewhere.