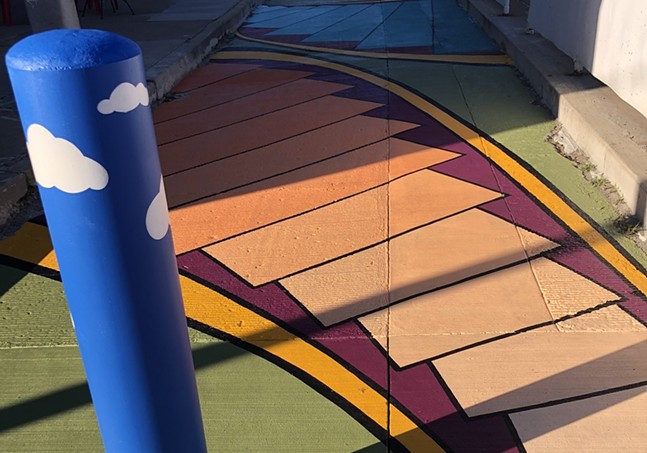 The murals were unveiled last Thursday as part of the Broadway Avenue Public Realm Project launched by the City of Pittsburgh's Department of City Planning and the Department of Mobility and Infrastructure. The large-scale works were done by artists Will Schlough, Leonardo Moleiro, Tim Engelhardt, and Randi Stewart.

“Although it was challenging painting on the concrete ground, the result was well worth the chiropractor bills,” says Stewart, who teamed up with Engelhardt last year to submit their chosen design proposal. “We hope that Beechview enjoys the positive color palette and bright visibility that the work provides to the T-station pedestrian area.”


The installations for the Broadway Avenue Public Realm murals are complete at the Shiras and Hampshire T Stations in...

Engelhardt adds that they were tasked with designing and painting the steps at the Shiras outbound T station. The design was submitted last fall, but the pandemic delayed painting scheduled in April to September, with the murals finally being completed last week.

“It was a great experience for us and the community appeared to be very supportive of our work,” says Engelhardt.

In a tweet posted on Thu., Sept. 24, Pittsburgh Mayor Bill Peduto's chief of staff, Dan Gilman, expressed his approval of the project, saying "The finished public art installation on Broadway Avenue in Beechview looks so good." 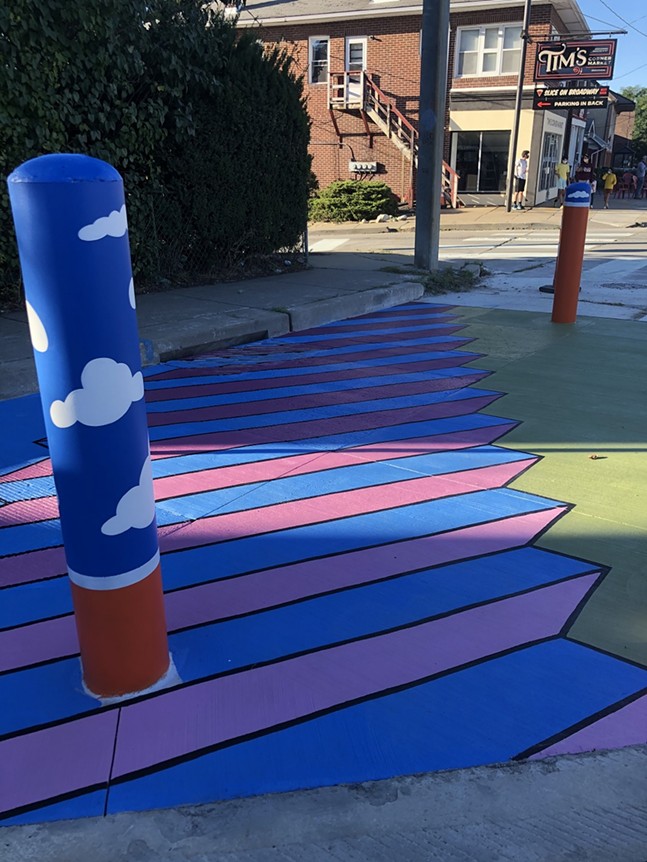 As described on the City Planning website, the Broadway Avenue Public Realm Project is focused on improving the streetscape in Beechview from Fallowfield Station to Wenzell Avenue. The project is part of a larger effort based on findings in the 2011 SMART TRID Corridor Planning Study, which focused on ways to improve transit and other assets of the four neighborhoods that make up the so-called South Metro Area – Allentown, Beechview, Beltzhoover, and Mount Washington.

Besides installing the murals, the project also includes making transit stops more ADA accessible and changing the roadway, as well as making improvements to storm-water management infrastructure, and lighting.