Muli-platinum-selling artist Josh Groban talks about bullying, the importance of arts education and how he developed his sense of humor | Music | Pittsburgh | Pittsburgh City Paper

Muli-platinum-selling artist Josh Groban talks about bullying, the importance of arts education and how he developed his sense of humor 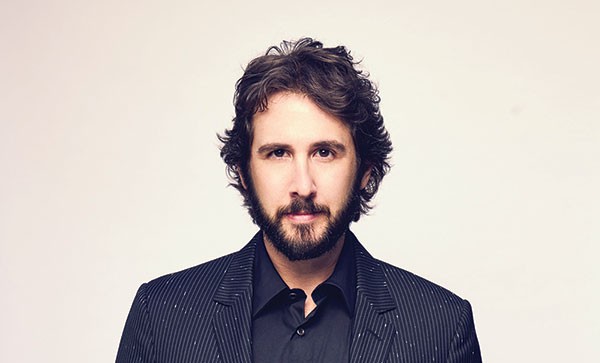 He describes his younger self as shy and sensitive, very unlike the Groban we know now, the multi-platinum-selling artist who belts some of the most powerful ballads in the modern operatic world and makes cameos in shows like The Office and Parks & Recreation.

His response to that bullying was sharpening his own humor — humor that has now earned him more than 800,000 Twitter followers.

“I think that’s probably the case with a lot of comedians,” Groban says over the phone. “I think humor winds up being a defense.”

Bullies will always roam schools, but now they walk the hallways of the internet too.

“I wasn’t in school when there were iPhones and Twitter,” Groban recalls. “And there are now a hundred new ways to bully people that weren’t around when I was young. You had to actually step up to someone face to face when I was a kid — it was, like, the real assholes back then because they were the only ones that had the courage to actually shove you around in person.”

In addition to humor, Groban says the arts, and specifically music, got him through those rough days.
“Music absolutely saved me,” he says. “It was the music teachers; it was my arts teachers; it was my theater teachers; it was my improv-comedy class — it was that group. I said, ‘Oh my god, these are my people. We all have the same inspiration for that kind of self-expression and making people laugh, or singing something that’s beautiful.’ That was my saving grace.”

Now Groban runs the Find Your Light Foundation which encourages and funds arts education around the country. “I think that the arts [is] the one core subject that really teaches some of the self-expression that is universal in all of us,” Groban says, citing research showing that arts education increases graduation rates and student grades in subjects like math and science. “It is a language that is in everybody, no matter how naturally talented you are at a particular artistic skill.

“When everything in the world … is blaring to us 24/7 how divided we all are, the arts teach people how to communicate to everyone in their own special way … it makes us not so myopic about our own worlds. … It gives us a much broader picture of how similar we all are.”

If only his bullies knew what could be done through music and the arts, Groban may have escaped his childhood misery. But, on the other hand, we may not have the Josh Groban we know today.

“I think that, while bullying and feeling a little bit like an outcast was certainly not fun at that time in my life — and certainly caused a lot of tears at home — I look back on it, and I say to myself, ‘Well, I can wear that badge proudly, and I can say it helped me build character. It helped me discover what my strongest attributes are,’” he says. “And you grow from it.”