Mostly Other People Do the Killing combines improvisation with jazz standards

“There’s a very obvious element of goofiness and zaniness in there.” 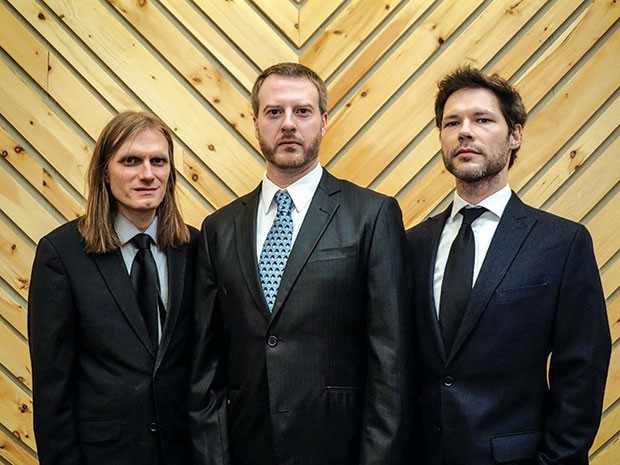 Jazzassassins: Mostly Other People Do the Killing

MOSTLY OTHER PEOPLE DO THE KILLING

In writing about the New York jazz group Mostly Other People Do the Killing, the word “irreverent” quickly comes to mind. Consider the band’s name, paraphrased from musical inventor Leon Theremin when talking about the work of his superiors in his native Soviet Union. Its CDs have paid homage to the artwork on classic discs by jazz legends like Art Blakey and Ornette Coleman. On these albums, the group plays originals penned by bassist Moppa Elliot, which marry freewheeling improvisation to compositions that betray a vast knowledge of jazz tradition.

The band’s Blue album tempted jazz blasphemy, since it recreated — note for note in painstaking detail — Miles Davis’ iconic Kind of Blue, an album considered one of the best in all of jazz. Pundits wondered if they were saluting the past, or thumbing their noses at it.

Elliot, who has led the band for 14 years, doesn’t mind being called irreverent. “I would embrace that word,” he says, on the phone from an airport in Texas. “But I think a lot of the time, people assumed there was a layer of irony or mockery in [the music], which there never was to us.”

While attending Oberlin College, Elliot and trumpeter Peter Evans came to place equal value on the ability to play straight-ahead jazz and free improvisation. “There aren’t very many people in the music world that do both of those things really, really well,” Elliot says. “That was a founding principle of the band: the idea that we should be able to play free, but then also play a genuinely convincing version of chord changes if we want to.”

The two moved to New York in the early 2000s, where they started MOPDtK with saxophonist Jon Irabagon and drummer Kevin Shea (a former Pittsburgher, who played in the post-rock band Storm and Stress). Naming all of his compositions after small Pennsylvania towns, Elliot gives the group serious music that still manages to be playful. “There’s a very obvious element of goofiness and zaniness in there, too. I don’t want to pretend there’s not. There are often also jokes with punchlines.”

The cover of the new Loafer’s Hollow (named for the Pennsylvania borough that we now call Library) shows the seven-piece version of the band (adding bass trombone, piano and banjo), recreating a classic portrait of pianist Jelly Roll Morton and his band the Chili Peppers. The album beautifully explores 1940s swing, though the band still throws in quotes from Cannonball Adderley’s ’60s soul hit “Mercy Mercy Mercy” and — no lie — Huey Lewis’ “If This Is It.”

“I’m not the kind of composer who deliberately tries to put little Easter eggs in the music,” Elliot clarifies. “It’s all stuff that, for me anyway, shows up naturally in the writing process.”

The septet version of MOPDtK is unable to tour, since various members are busy with other side projects. The lineup coming to Pittsburgh includes Elliot and Shea, along with pianist Ron Stabinsky, playing a mix of new works and trio arrangements of the new album.