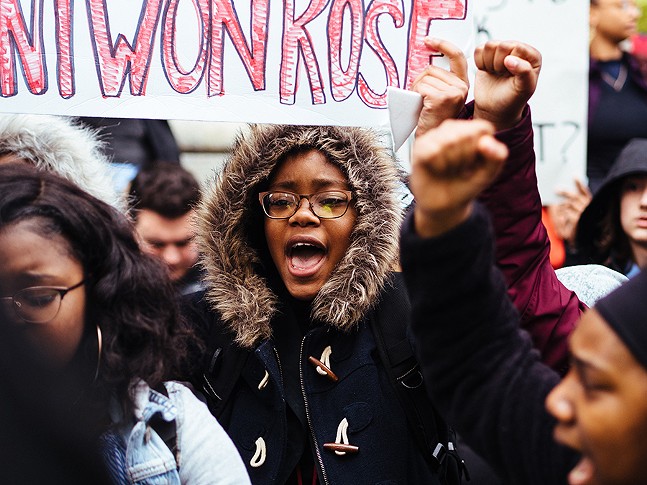 Rose was shot and killed by former East Pittsburgh Police officer Michael last year. East Pittsburgh police were called to the scene following a report of a drive-by shooting. Rose, unarmed, fled from the vehicle and was shot three times by Rosfeld.

After a four-day trial, the jury acquitted Rosfeld of all charges on March 22. Protesters have taken action every day since, including a protest in East Liberty on March 22, a march the following day, and a vigil on Sunday. Today's action marks the largest gathering.

The march and protest coincided with a walkout of Pittsburgh college, high school, and middle school students. Visible at the scene were older students from the University of Pittsburgh and Chatham, as well as younger students from Taylor Allderdice High School, City Charter, and several downtown schools. The protest was organized by a youth-led coalition, including CAPA student Christian Carter, who spoke at the rally.

The crowd lead chants and was energized despite the rain that was falling throughout the protest.

An organizer shared the demands of the protesters with the students. They are calling for the firing of the Pittsburgh Fraternal Order of Police President Robert Swartzwelder, who, according to a recent Grand Jury investigation, intentionally withheld information and attempted to block investigators in cases involving police shootings of Black men. Organizers involved in the protests have started an online petition calling for Swartzwelder's ouster.

When an organizer asked the crowd how many were registered to vote, about a quarter raised their hands, though many might have been younger than 18 years old.

Eventually, the protesters marched through Downtown streets, escorted by Pittsburgh Police officers. The large crowd made its way down Boulevard of Allies and to the Allegheny County Jail. 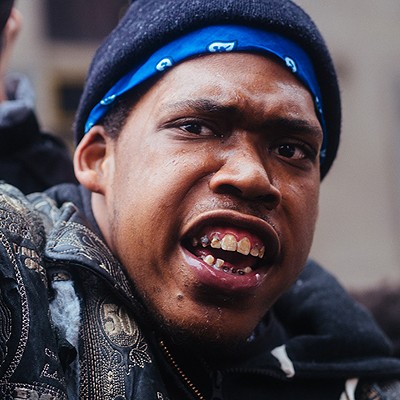 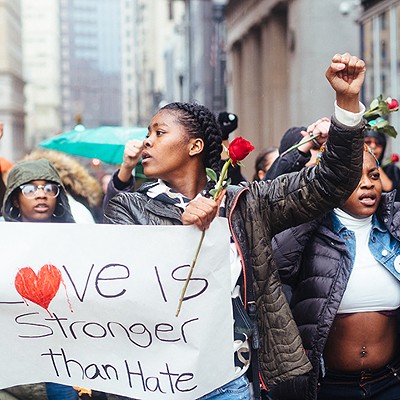 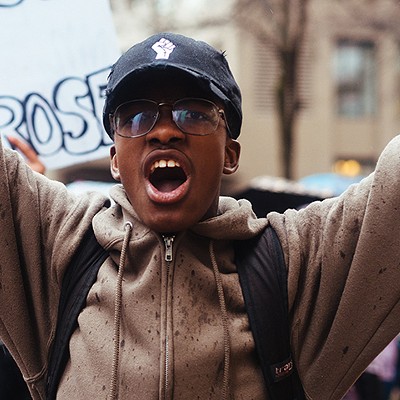