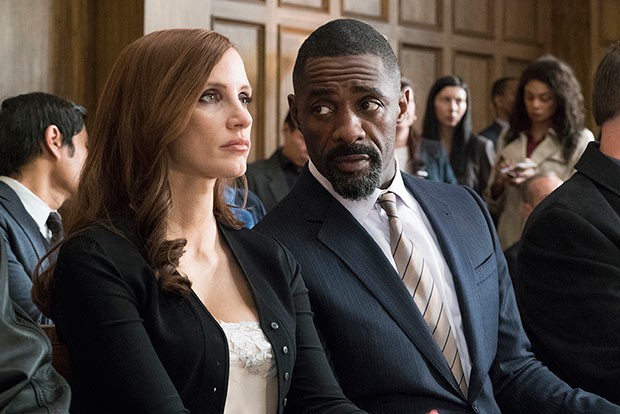 The true story of Molly Bloom — an Olympic-caliber downhill skier turned organizer of illegal high-stakes poker games, the titular Molly’s Game — seems tailor-made for the talents of Aaron Sorkin. And the screenwriter celebrated for his flashy insight and witty, rapid-fire dialogue in The Social Network, Steve Jobs and TV’s The West Wing delivers with this entertaining docudrama that’s also his big-screen directorial debut.

Sorkin adapts Bloom’s eponymous memoir, which traces her meteoric path from broke-ass Los Angeles office assistant to den mother to Hollywood celebrities around a poker table. Later (after one of them screws her over) she becomes the millionaire organizer of a similar game for Wall Street billionaires — until she’s caught up in an FBI takedown of Russian mobsters (oops).

Jessica Chastain gamely plays Bloom, and gets strong support from a cast that includes Idris Elba as her lawyer, Michael Cera as a creepy young movie star, and Kevin Costner as her semi-estranged father.

Beyond painting Bloom as a young woman who saw an opportunity and grabbed it, the film’s attempts at psychology don’t pan out very convincingly. But for sheer voyeurism, this study of an illicit but unusually well-bankrolled demimonde is quite satisfying.