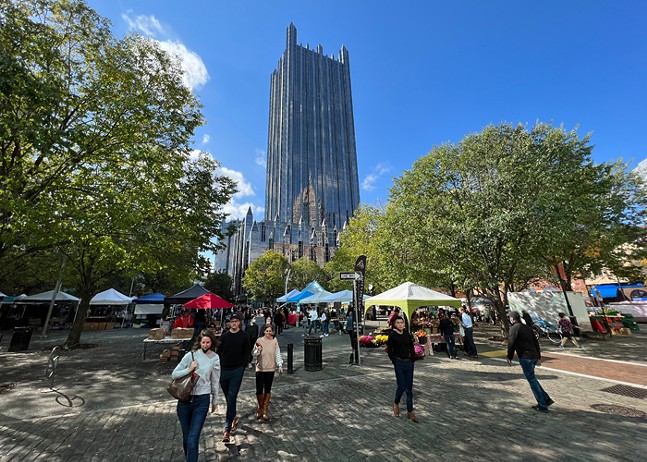 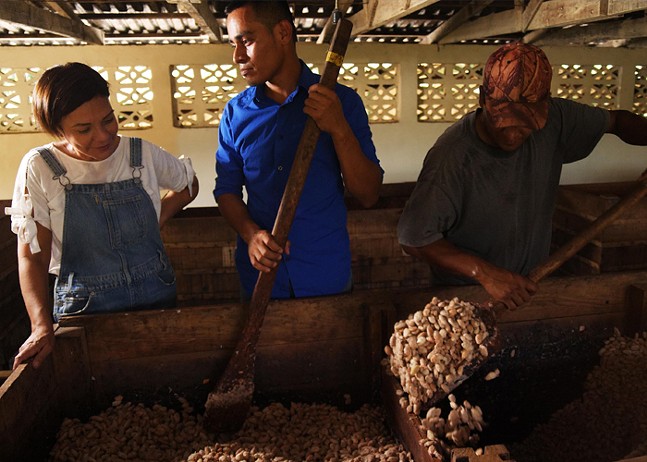 Photo: Courtesy of Digital Art Video
Chocolate Road
Chocolate Road
phipps.conservatory.org
Phipps Conservatory and Botanical Gardens will present a screening of Chocolate Road as part of its Virtual Environmental Film Series. According to a synopsis from Digital Art Video, the documentary follows renowned chocolatiers Maribel Lieberman, Susumu Koyama, and Mikkel Friis-Holm as they guide viewers "through the process of craft chocolate-making, starting from the plantations, through the different stages of preparation of the beans and all the way to the final chocolate pieces." It includes a discussion with chef Amanda Wright, chocolatier and co-founder of A519 Chocolate. The screening takes place at 4 p.m. on Fri., May 20. Registration required.

Golden Age Lager Fest
337 E. Eighth Ave., Homestead. goldenagebeer.com
On Sat., May 14, sample some of the best brews and live music in Pittsburgh when Golden Age Beer presents Lager Fest. For a $50 ticket, you can experience lagers from over 20 breweries, both local and from out of town, and music by acts Sierra Sellers, Buffalo Rose, Natural Rat, and The National Reserve.

Car Bazaar Drag Brunch
Forbes and Smithfield Parking Garage, Downtown. CarBazaarPGH.com
On Sat., May 14, the Car Bazaar Parking Garage Flea Market adds some spice to your shopping with a drag brunch spectacular. Fill up on made-to-order brunch, food, and cocktails from The Speckled Egg as local drag performers from S&S Productions bring some glam to the garage. This is the first of a monthly series of drag shows that will occur in the market on the second Saturday of each month. Shows are free and open to all ages and will occur at 11 a.m., 12 p.m., and 1 p.m.

CP Photo: Amanda Waltz
Whisper Nest
Whisper Nest
313 North Ave., Millvale. whispernestpgh.com
Those heading to Whisper Nest to enjoy its laid-back, red neon-drenched, retro ambiance and constantly spinning vinyl now have something else to look forward to. The bar announced on Instagram that, every week from Wednesday through Sunday, its kitchen will stay open until midnight to serve late-night sandwiches.


Onion Maiden 639 E. Warrington Ave., Allentown. onionmaiden.com Onion Maiden announced its new menu on Instagram, which they promise will bring back some favorites, update some dishes, and debut new ones. Among the selections at the vegan restaurant is the Favomancer, described as, "blistered green beans, chickpea miso, umeboshi vinegar, toasted almonds, enoki and togarashi."

Inner Groove Brewing
827 Warrington Ave., Allentown. innergroovebrewing.com
The Verona-based brewery Inner Groove debuted a new taproom in Allentown. Opened on May 7, the space is described by the brewery as having a "bright and spacious indoor taproom and outdoor beer garden," and will continue Inner Groove's mission of providing a place for "community, craft beer enthusiasts, friends, and families to gather for a hand-crafted beer and some amazing tunes on vinyl."

Moodedibles moodedibles.co It's too late to cover them in our 4/20 Issue, but we still want to highlight this mobile business that sells CBD edibles like cookies, brownies, and pastries. As reported by TribLive, Moodedibles produces non-THC, small-batch treats infused with CBD, Delta 8, and other minor cannabinoids, all made in a Sewickley-based kitchen. Owner Holly Teegarden says she hopes to launch the trailer in June.

Sally Ann’s
136 Sixth St., Downtown. richarddeshantz.com
Anyone who wondered what was happening with the former Pork and Beans restaurant Downtown can wonder no more. Pittsburgh Magazine and other outlets report that Pork and Beans owner, Richard DeShantz Restaurant Group, will open a new concept in the space, Sally Ann's, and they already have an executive chef lined up — Jamilka Borges, formerly of Independent Brewing Company, Spoon, and Bar Marco. Slated to open later this month, Sally Ann's will feature a "vegetable-forward" menu from Borges and offer a full-service coffee bar and a limited breakfast menu.

Botany and Booze
737 E. Railroad Ave., Verona. instagram.com/veronagardenclub
The Verona Garden Club will host its Botany and Booze fundraiser, described as helping the group's mission to "beautify the riverfront community of Verona through gardens, flowers, and education." The outdoor event, happening Sat., May 21-Sun., May 22, will include a number of breweries and food trucks, as well as a craft market, live music, and more.

Honor Transgender Day of Visibility with these Pittsburgh events