Andrew McCutchen is a once-in-a-generation gem 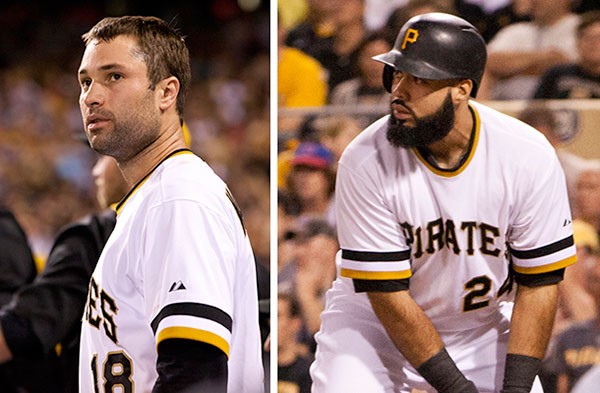 PNC Park turns 15 years old this season. In its honor, I proudly reveal my picks for the PNC Park 15th-Anniversary Team. The criterion — as much as there was one — is that only the player’s total numbers accrued since the park opened were considered. Also, please remember that the majority of the PNC Park clubs were not so good.

This was by far the toughest position to pick. The Bucs have had more than 50 men play this position since the park opened; it’s been a turnstile of incompetence. Wilson was the best of a mediocre bunch.

It’s going to be hard to watch Walker play in a Mets uniform this year and I still can’t believe he’s gone.

This is another position with no clear-cut favorites, but I think the nod goes to Pedro. Despite being the definition of the term “hit or miss,” he did lead the National League in homers a few years ago.

Wilson was just a solid ballplayer and all-around good guy. I really wish he could have experienced a winning Pirates season.

Backup: Jordy Mercer (you got any better ideas?)

This was one of my grandfather’s favorite players because he wasn’t one of those sissies that had to wear batting gloves.

Jason Bay was in the wrong place at the wrong time. He suffered with zero talent around him here before taking the Mets for a truckload of money on his way out of baseball. He made the best out of a bad situation.

We finally get an easy one. He has more homers and RBI than anyone on this list. He’s a once-in-a-generation gem.

Backup: Nate McLouth? Tike Redman? How about a clone of Andrew McCutchen?

He had more than 91 home runs as a Pirate, but we’re just counting PNC stats. He’s one of those guys that you forget how good he really was.

Backup: Believe it or not, Garrett Jones


When one of your best pitchers is 20 games under .500, needless to say there won’t be any backups. Maybe by the 20th-Anniversary Team we’ll have some new talent to knock Benson and Maholm off the list.

These are two of the best relief pitchers in the game right now. Joel Hanrahan, Matt Capps, and Jose Mesa all had decent careers here, but not like these two.