Many lines make you wonder whether Robinson can write only clichés ... or whether he's written characters who can speak only in clichés. 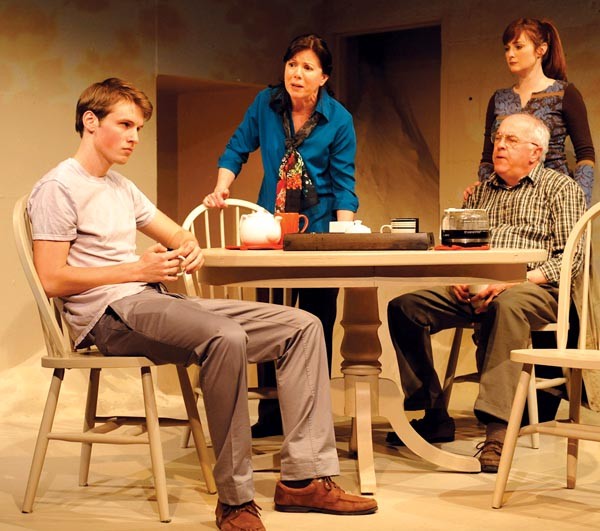 Playwright Bruce J. Robinson has had several plays produced around the country and has written for television. But because I'm not familiar with any of that work, it's harder to know what to think of his drama MIA, presented by Point Park University's professional theater company, The Rep.

The plot concerns Frank Schooler, a man with three children, one of whom — a soldier — disappeared during Operation Desert Storm. Now Frank's youngest, Randy, wants to enlist, against the expressed wishes of his mother and sister. Frank's ambivalence on the subject is expressed in conversation with his neighbor Kenny.

That's the stuff I know for sure; the rest of it, I couldn't tell you. MIA is such a woefully written play that it seems, at times, to be a parody of banal writing. For example, one character says: "He may live within our hearts, but he belongs to the earth now." It's lines like this, and many others, that make you wonder whether Robinson can write only clichés ... or whether he's written characters who can speak only in clichés.

What little drama there is to be had, Robinson stretches out over two relentlessly static acts. There are far too many scenes of people just sitting down and talking, usually about people and events we never see.

And even with all that talk, the play remains confusing. Nobody seems to be the right age. Not physically: If Thuma's supposed to have a 40-year-old son, she must have been born pregnant. And not culturally — the women are like something out of a '50s sitcom, and Robinson offers up bromides about masculinity and patriotism that would have made Patton blush. And, ultimately, the choices the characters do make seem textually unsupported and arbitrary.

I think it's back to the drawing board with this one.