"That's the challenge — writing as a woman on fire in love, whether with a man or a woman." 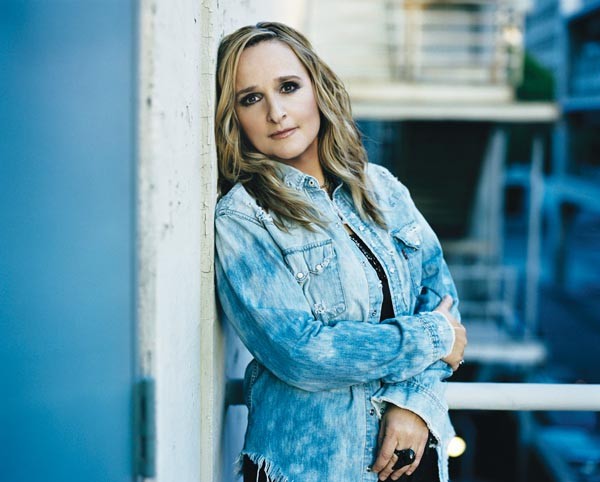 at PRIDE IN THE STREET. 6 p.m. Sat., June 9.
Liberty Avenue between Ninth and 10th streets.

"This is going to be a different kind of concert than I have ever done before," explains Melissa Etheridge, about her upcoming show during Pittsburgh Pride festival. "It's going to feature the favorite tracks, but it is also going to have to deal more with gay relations ... the songs that have a gay story behind them. I get to tell those stories full on in Pittsburgh. It will be a celebration of pride."

She continues with an uncharacteristically bold assertion: "I am going to blow your minds."

Etheridge, of course, has accrued a wealth of awards in her three decades as a musician, and she's known for her public and sometimes defiant crusade against anti-gay legislation. But, surprisingly — maybe even mind-blowingly — her headlining appearance on Liberty Avenue this month marks her first-ever concert at a gay-pride event. It's a milestone for Etheridge — and a triumph for the festival.

Etheridge will have the opportunity to share her songs with more than 60,000 attendees expected for this year's event, according to Gary Van Horn Jr., president of the Delta Foundation, which has organized the annual Pittsburgh Pride festival for the past six years.

It's also a surprising first for the festival.

"This is an out and proud lesbian — the first publicly gay performer that we've had at Pride," says Van Horn. (Past headliners have included Patti LaBelle and Jennifer Holliday.)

But Van Horn also sees Etheridge as an artist with appeal to a non-gay audience. "With Pittsburgh being a rock 'n' roll type of town, she brings our allies to the table that may have never been there to show their support otherwise." (One young woman who spoke to me at a gay-friendly bar told me that while she'd been out to her parents for years, she'd be attending Pride with them for the first time this year, because they're fans of Etheridge.)

It was her 1993 release, Yes I Am, that confirmed speculation regarding Etheridge's sexual orientation. But before she was thrust into the glare of public life as a lesbian, it was the gravelly texture of her vocals, mingled with the warmth of her candid lyrics, that provided a refuge for her fans.

"I think people still wonder what exactly I'm writing about," Etheridge says. "It's my promise that I will write what I know and feel, and stay as close as possible to that emotional experience. I still want it to be a universal experience. I don't want to write albums only focused towards the gay community.

"That's the challenge — writing as a woman on fire in love, whether with a man or a woman."

Whether it is her distinctive brand of confessional rock or her reputation as a champion for gay rights that will draw fans, Etheridge sees her inaugural performance as a chance to revel in the spirit of unity that only a Pride festival can provide.

"I think Pride is important just for the social aspect if nothing else," Etheridge says. "It is something that, for people who don't live in the big cities, [they] can go somewhere like Pittsburgh and see thousands and thousands of people gathered and feel like part of the majority."

Etheridge acknowledges that her objective as an artist has evolved over the years since garnering commercial success in the early 1990s with tracks like "I'm the Only One" and "Come to My Window."

"Just like I change, and I have changed, thank goodness, my writing changes," she says. "I'm actually getting better. I realized this year, that I am getting better at playing the guitar. Each album, as I approach it, is the exact moment that I'm at, where I'm at in my life."

The rocker, who has drawn comparisons to the likes of Joni Mitchell and Bruce Springsteen, has recently finished recording the follow-up to her 2010 release, Fearless Love. The new full-length is expected in September.

"I am more into rock 'n' roll and the spirit and conflict of it, and the pain and joy and hope and despair than I ever was. I found my songs on this upcoming album to be more vibrant and gritty than ever before," assures Etheridge.

With an anthology of certified hits and an assortment of fresh material to share, Etheridge's performance at Pittsburgh Pride will certainly be a benchmark for both the performer and gay civic pride.

"We know how to have a lot of fun. We know how to throw a party. C'mon, it's the celebration of ancient tribalism," she says with a laugh. "I've been to many Pride festivals, but I've only addressed a few times an audience that is primarily gay. It will be on my own terms and I get to be myself and celebrate our gay holiday."