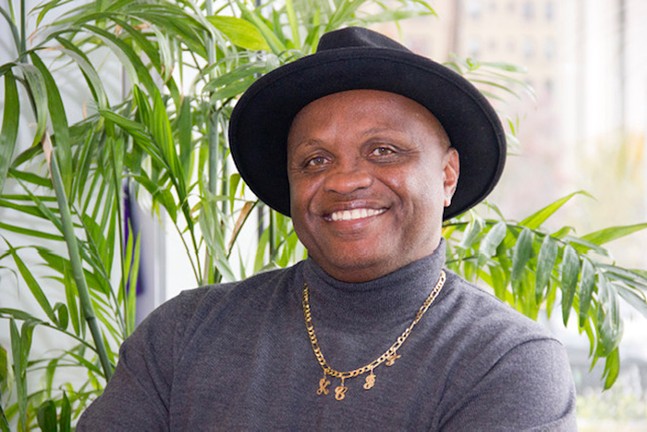 Richard Garland
It’s been a hectic year for the Allegheny County Jail Oversight Board. Tasked with overseeing the jail’s compliance with last year’s ballot initiative banning solitary confinement, a persistent staffing shortage, and increased attention to the 14 men who have died in ACJ since the beginning of the pandemic, including one death as recent as April 21, controversy over county appointments has created uncertainty as to who will replace Terri Klein as a citizen representative. Klein’s second three-year term on the board ended Dec. 31, 2021, and County Executive Rich Fitzgerald chose not to renominate her.

A group of “concerned citizens,” including members of the Pennsylvania Prison Society, Let’s Get Free: the Women and Trans Prisoner Defense Committee, and Book ’Em, have written to Fitzgerald suggesting he nominate University of Pittsburgh professor and anti-violence expert Richard Garland to the open Jail Oversight Board position.

Citing his years of work in re-entry, violence prevention, and trauma-informed care, along with his personal experience surviving decades of incarceration and successfully adjusting to life outside of prison, they argue in the letter to Fitzgerald that Garland’s personal and professional experiences give him an “unparalleled depth of knowledge and experience in all aspects of the criminal justice system and a sterling reputation among the region’s thought leaders.”

Garland, 69, agrees he’s the right choice for the board, telling Pittsburgh City Paper he wants to be a “beacon of hope” to the people held in ACJ. He wants them to know that he believes they can “make it,” because he made it.

“A lot of guys will not go back into a jail once they come home,” Garland says. “Me, I’m going in all the jails I can to tell people my story because they need motivation. Everybody thinks, ‘If he can do it, I can do it because I'm smarter than him,’” he jokes.

Garland grew up in northeast Philadelphia, living with his grandmother until he was 13, and she could no longer care for him. He joined a gang, which, he’s said, gave him purpose and community. “I had ‘short man syndrome,’” Garland told The Pitt News in 2018. “Everything was about how good I could fight.”

He was arrested for the first time at 16, which started a cycle of arrests and incarcerations culminating in Garland’s longest period of incarceration from 1979 to 1991. He was badly beaten by guards and withdrew from opiates in jail, which, he says, were among his worst experiences.

His biggest supporters and mentors during his incarceration, he tells City Paper, were the “old heads,” men who had spent many years in prison and told him “this ain’t the place for you.”

“The older guys who have been through it, they could be some of the greatest teachers, because they taught me,” he says. “They taught me to become not reactive and become a strategic thinker.”

When he was released from SCI-Pittsburgh in 1991, staying in Pittsburgh was a stipulation of his parole. Garland says he “fell into” doing violence prevention work with young people.

“We had a real big gang problem” in Pittsburgh in the early ’90s, he says, and he found it easy to relate to the kids involved in local gang conflicts. Many recognized him as the visiting room photographer from SCI-Pittsburgh where they had visited incarcerated friends and relatives.

He went to talk at a school, he recalls, “and the next thing I knew, the kids were saying, ‘Go get the dude with the dreads. He understands where we at.’” As an aside, Garland explains, “When I came home, didn’t hardly nobody in Pittsburgh have dreadlocks,” so his stood out.

In fact, Garland had already gained some notoriety for his locs. Early in his prison sentence, he refused to cut them and was sent to solitary confinement for 32 months. Garland wore his hair that way, he says, to show his support for MOVE, a Philadelphia-based Black liberation group founded in 1972.

According to the Encyclopedia of Greater Philadelphia, MOVE’s “very loud and public quest for racial justice, as well as its strong views on animal rights,” led to confrontations with other community members and, eventually, the police. In May 1985, Philadelphia Police bombed a house occupied by MOVE members, killing six adults and five children, and allowed the subsequent fire to burn for so long it destroyed 60 houses and left more than 250 people homeless.

The parole board required Garland to serve extra time for refusing to denounce MOVE, which city officials in Philadelphia characterized as a terrorist group. It’s MOVE’s values, however, like the belief that “all life is one,” that continue to guide him in his violence prevention work, Garland says.

“MOVE taught me to look at myself first,” he says. “Being a revolutionary means that you have to start changing yourself and the thoughts and the things that you've been taught all these years.”

In 2004, he started the anti-violence initiative One Vision One Life and ran the program until it closed in 2012. “We were most known for stopping retaliation violence. I had guys that were formerly incarcerated, former gang members, former drug dealers. We trained them, and they did a lot of different things, as far as outreach,” Garland said of the program. “They would find a way to stop a situation or get in front of it.”

From there, Garland moved to the University of Pittsburgh, where he currently works as an assistant professor in the School of Public Health and leads their Violence Prevention Initiative, which includes Reimagine Reentry, a program that offers holistic, trauma-informed support for people returning home from incarceration.

As for what needs to change at ACJ, Garland says his most pressing concerns are regarding the deaths of incarcerated individuals at the jail.

On April 21, PINJ reports, Jerry Lee Ross Jr., 48, died while incarcerated at ACJ. Ross is the third death of an incarcerated individual at ACJ this year and the fourteenth since the start of the pandemic. That number does not include all individuals who died after being given medical release from the jail. Advocates say this number is high compared to jails of a similar size.

ACJ spokesperson Jesse Geleynse told PINJ that while corrections and medical staff do everything “humanly possible” to keep incarcerated people alive, many people come to ACJ with pre-existing medical conditions and addictions. He says the jail “recognize[s] that death is an inevitable part of life. It’s unrealistic to expect that no deaths would occur at the jail.” Still, Garland says he’s very concerned about ACJ’s deaths and suicides.

Lowering recidivism is also a top priority of Garland’s. He says more education and rehabilitation programs are needed at ACJ in order to keep formerly incarcerated folks from returning to jail.

“I started my education when I was in prison,” he says. He got his GED and eventually enrolled in a college program while incarcerated. A long-time fighter, he also took up boxing.

“[T]hose programs, I don’t even think that they have them in [jail] anymore,” he says.

“I really believe in re-entry,” which he argues begins when someone enters prison, not when they leave it.

Garland’s supporters say he will bring “an authentic citizen voice” to the JOB.

“I'm this way,” Garland says, “I'm not gonna bite my tongue for anybody.” 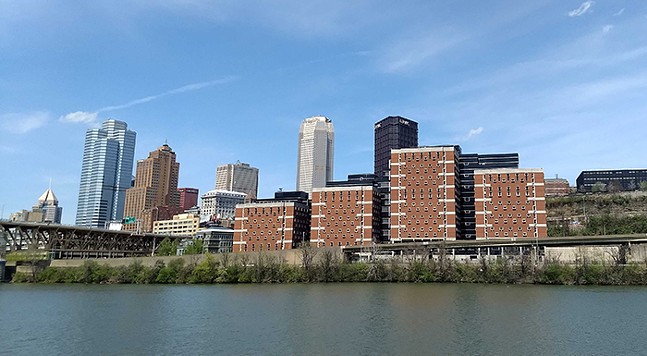 CP Photo: Lisa Cunningham
Allegheny County Jail
When asked if he would feel comfortable publicly disagreeing with the county executive, Garland says, “You know, if [Fitzgerald] says something that I don’t agree with, I'm gonna tell him just like I'm gonna tell anybody else, and I think he respects that about me.”

“I’m gonna push him,” he says of Harper, adding that he would like to use a spot on the JOB “to be able to call folks on stuff they ain’t doing.” Still, Garland maintains, “I’m even-keeled, I try to look at both sides.”

Garland’s list of supporters includes Mayor Ed Gainey, who tells City Paper in an emailed statement that he believes Garland “would be an exemplary choice for the Jail Oversight Board.”

“Garland understands the critical need for a public health approach to combating violence,” Gainey continues. “As a formerly incarcerated person who has dedicated his life to ending the cycles of violence and reducing recidivism, his voice would serve a critical role in advancing justice on the board.”

In an email to City Paper, county spokesperson Amie Downs declined to confirm whether Fitzgerald is considering Garland for the JOB and said there is “no set time frame” for when he will submit his appointment to County Council for their approval.

In the meantime, Garland says, “I’m fighting for [people in ACJ] to get out one day, because people can change.”