“Offering superficial comparisons between elements from now and back then is not likely to contribute much substance to today’s political discourse.”

The knowing smile of Gene Wilder in his role as Willy Wonka. Basketball legend Michael Jordan with tears streaming down his face. The wild eyes of the unknown woman who’s been dubbed “overly attached girlfriend.” Grumpy Cat.

Memes make us laugh. They’re accessible and condensed ways to share your views. And since the aim is to go viral, they often speak to universal truths creators hope will resonate and lead others to pass the meme on. We identify with the Gene Wilder meme admonishing people who constantly complain about Mondays because those people are annoying. And we nod our heads at that scowling Grumpy Cat meme succinctly summarizing what many of us feel on a Monday because, well, Mondays do really suck.

(The staff at Pittsburgh City Paper are also big fans of memes. We used them to sum up our year-end coverage in 2014 and 2016).

Memes can also be great for expressing political views. No complicated paragraphs. No citing of sources. If you think Hillary Clinton’s a criminal, say it in a meme.

While there’s nothing wrong with sharing a light, humorous meme, too often the medium is being used for heavier subject matter. More and more, people are actually taking the information they read in memes as fact. But since memes are designed to go viral, these “facts” can be skewed or even completely made up.

During the recent presidential election, this trend was on full display. Over the past year, there were hundreds of tweets circulating about then-candidate Donald Trump, but one in particular was posted often on social media. 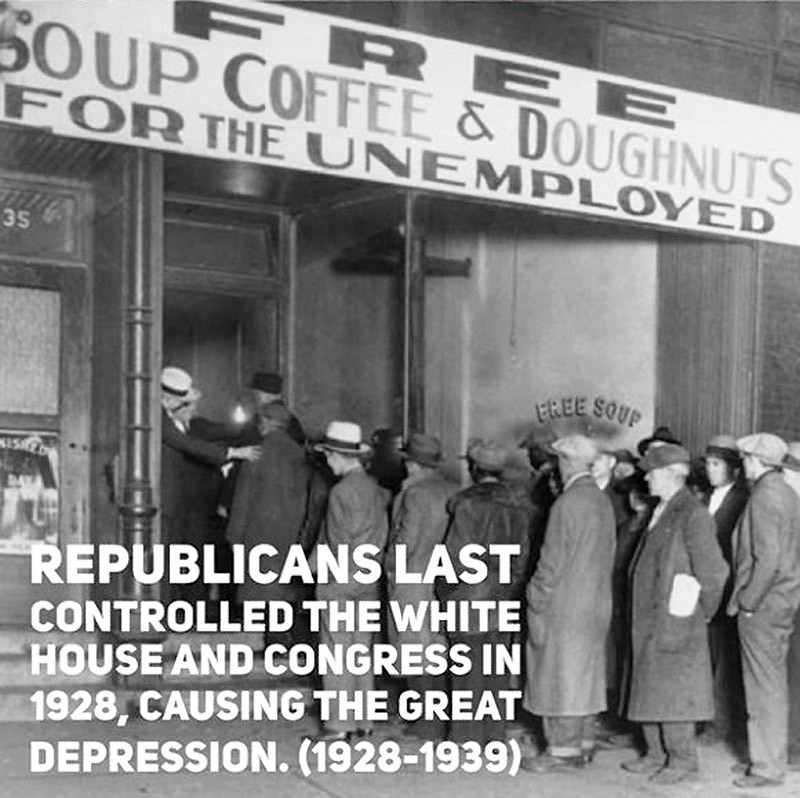 Accompanied by a picture of Trump, the meme reads: “If I were to run, I’d run as a Republican. They’re the dumbest group of voters in the country. They believe anything on Fox News. I could lie and they’d still eat it up. I bet my numbers would be terrific.”

The meme went viral, due in no small part to how it meshed with how liberals characterize Trump: phony. “See,” the Democrats cheered, virtual fingers wagging in Republican faces, “this man is lying to you.”

The quote has been attributed to a 1998 interview Trump did with People magazine, but according to Snopes.com and other fact-checking websites, there is no record of any interview. In fact, Trump has frequently identified as a Republican, and in an article published in 1998 by the Orlando Sentinel, it was reported that Trump raised $1 million for Gov. Jeb Bush and the Republican Party that year.

While Snopes debunked the People meme in October 2015, it circulated long after that. Last year, several news outlets, including CNN, published pieces debunking the meme, but its circulation continued. Ironically, in November, comedian Amy Schumer posted the meme on Instagram as part of a wordy post she penned about how uninformed Republicans are. In the final line of her diatribe she wrote, “Yes, this quote is fake but it doesn’t matter.”

In the months since the election, memes have been used to show the damage President Trump and the Republican Party — who now control the House of Representatives and the Senate — will do to the United States. In one, the words “The last time Republicans controlled the White House and Congress in 1928, causing the Great Depression” are put over an image meant to portray a Depression-era soup kitchen.

In actuality, 1928 wasn’t the last time Republicans controlled both branches of government. They held majorities under President Dwight Eisenhower and President George W. Bush. And blame for the Great Depression doesn’t rest solely on any party.

Says Snopes: “Regardless, the Republican Party, the United States and the world as a whole are all vastly different than they were 88 years ago, so offering superficial comparisons between elements from now and back then is not likely to contribute much substance to today’s political discourse.” 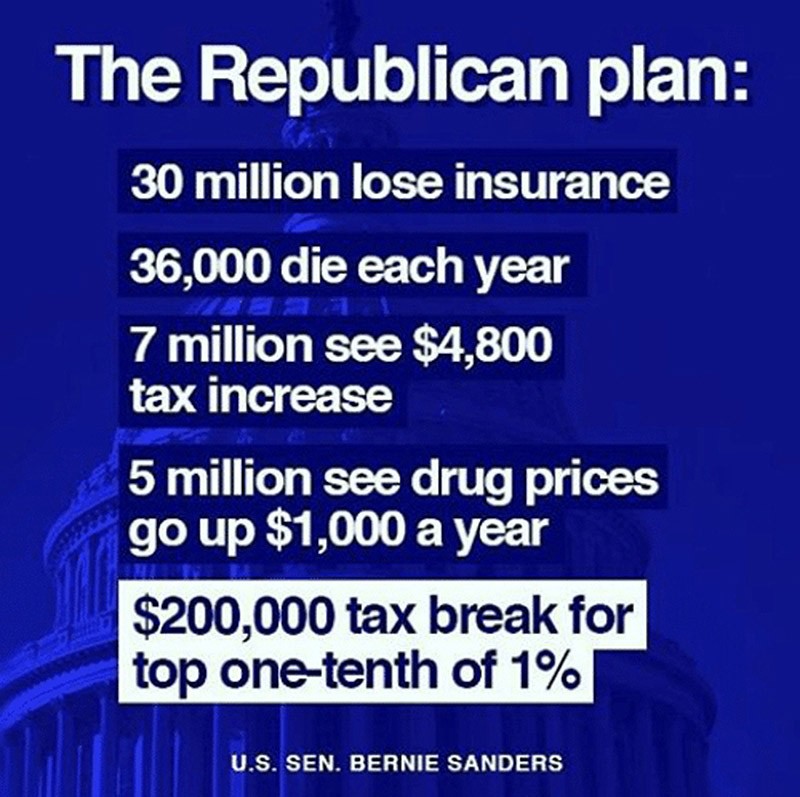 Right now, social media has become a sparring ground for Americans debating the merits of the Affordable Care Act and Trump’s proposed health-care plan. Memes on the subject often use numbers to bolster their positions, but these numbers don’t always add up.

One meme attributed to U.S. Sen. Bernie Sanders claims that 30 million people would lose insurance under the Republican health-care plan. But in a video Sanders posted on his website on March 13, the senator actually says 24 million people will lose insurance. The meme also claims 36,000 people will die each year because of the plan. Sanders has said repealing the ACA would result in 36,000 deaths annually, but this calculation comes from liberal-leaning website ThinkProgress. According to The Washington Post, “ThinkProgress assumed that repeal will result in 29.8 million people losing their insurance and that one person will die for every 830 people who lose their insurance. That yields a number of 35,903.”

Ultimately, the Post gave Sanders’ claim “Four Pinocchios,” for lack of truthfulness, saying “Ordinarily, this sort of fuzzy math would be worthy of at least Three Pinocchios. But ThinkProgress, in calculating the number, at least said this many people “could” die. Sanders instead stated it as a definitive fact — that 36,000 will die.”

While memes like this tend to misconstrue facts, others — like Trump’s People quote — are made up out of thin air, and are just as pervasive. Papa John’s CEO John Schnatter has come under fire in recent years for saying he planned to raise prices in response to additional business costs associated with the ACA. Around that time, four years ago, it was also reported that Schnatter planned to cut employee hours to skirt the requirement mandating health-care coverage for employees working 30 hours per week. Schnatter claimed his comments were misconstrued by the media.

But now he’s been stuck with a quote he never even said. “If our business is successful; and achieves excessive profits, we’re under no obligation to share that with our workers,” reads a quote attached to an image of Schnatter. “Trickle down economic debunked in one sentence,” the meme concludes.

If you’re against trickle-down economics, a meme like this is attractive. It’s what’s known as confirmation bias, defined as “the tendency to search for, interpret, favor, and recall information in a way that confirms one’s pre-existing beliefs or hypotheses.” If you hate a politician, you’re not going to retweet a meme showing them helping an old lady cross the street. But if there’s a meme saying they’ve stolen an old lady’s purse, you’ll repost.

No political party is more culpable of this than the other. (The examples in this article favor a liberal worldview.)  It’s up to consumers on both sides not to pass along misinformation simply because it confirms what we believe to be true. As with everything we consume online, verify before you share.