"We want to find a way to create an event that's as spontaneous as a recovery from a mistake." 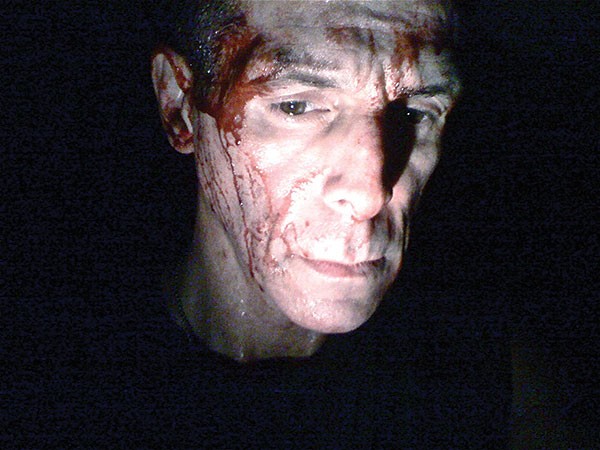 When is theater most exciting? T. Ryder Smith says it's not when everything goes right, and the audience knows the performers are in control; it's when, for instance, an actor forgets a line, and struggles to remember.

"There's almost an electric charge to the moment, because something real is happening," says Smith, a New York City-based writer and performer. "We want to find a way to create an event that's as spontaneous as a recovery from a mistake."

"We" is Smith and frequent collaborator Christopher McElroen, the lauded, Brooklyn-based producer and director. The two are behind Measure Back, a Pittsburgh International Festival of Firsts world premiere that uses improvisation in an intimate setting to explore the origins of war.

Audiences will enter the long-unused fifth floor of Downtown's Baum Building (above Space gallery), with its chipped paint and bubbled plaster. Monitors will be playing "whatever's on TV that night," McElroen said during a visit to Pittsburgh last month. Smith, as himself, will tell the audience that though he's never been to war, family members of his have; then he'll ask who present has experienced war. The unfolding discussion — some of it conducted by cell phone — prompts a question that places war in the context of interpersonal conflict: "What would it take," Smith will ask, "for you and me to be at war?"

McElroen is best known for founding the Classical Theatre of Harlem. In 2007, he drew national attention by co-producing and directing Waiting for Godot in New Orleans, which staged Beckett's classic outdoors in the Lower Ninth Ward and Gentilly after Hurricane Katrina.

Measure Back grew out of a 2011 New York production McElroen directed of Jon Lipsky's post-Vietnam play Living in Exile, a three-actor retelling of The Iliad. Smith, one of the three actors, says that show "explor[ed] the idea of war within a living-room setting." But America's contemporary wars affect very few of us personally, and Smith began deconstructing the format. "Why don't I ask this question of the audience instead of another character?" he thought.

Measure Back questions media packaging of war as well as our personal complicity in war-making. "At some point, the event gets away from us," says McElroen. "Are we responsible for what took place in this room?"