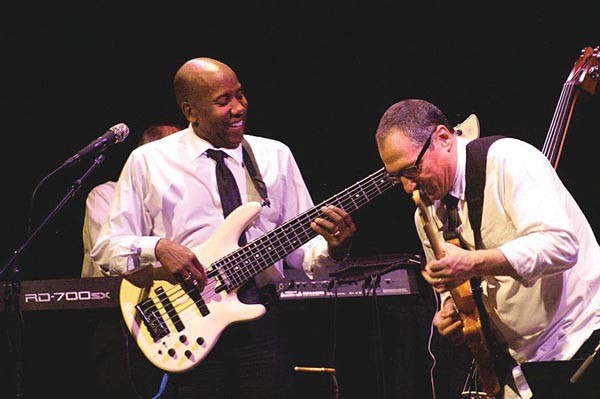 ONCE IN A LIFETIME: THE JAZZ PARTY.

Marty Ashby doesn't like the term "institution." Yet he freely admits the word suits MCG Jazz, the music series presented at the multi-faceted Manchester Craftsmen's Guild, which is about to mark its 25th anniversary. "The fact that we've made it 25 years in and of itself is a miracle," says Ashby, MCG Jazz's executive producer. "In this environment, to do jazz 24-7 and still have the lights on, and still have full audiences and still have our records be well received and produce six Grammys — it's just amazing where we've come."

While other venues in the city have seen ticket sales slump over the past year, MCG Jazz experienced increases in subscriptions and attendance at its concerts. Seven of the 16 concerts in the 2011-12 series were sold out prior to the start of the season, back in October. Ashby attributes this to a few things, including big names like pianist Chick Corea and vocalist Kurt Elling. And then there's that "I" word.

"We're also at the point of becoming an institution, even though I hate that word. The notion of an institution whose quality is uncompromised," he says. "And people know that whatever we're going to have on this stage is going to be smoking. It might be everything from Vijay [Iyer] to Bad Plus to the Count Basie Orchestra to Fourplay to Take 6. It's all over the map. But it's all world-class too." And like the music presented there, MCG Jazz has one eye on past glories but another that is looking ahead.

A photo exhibit in the Guild's north lobby features 60 photos of musicians taken while they performed in the 350-seat theater a few feet away. From Dizzy Gillespie through Pittsburgh natives Ray Brown and Stanley Turrentine and on to Billy Taylor (the theater's first performer, in 1987), the black-and-white photos speak a great deal about the history of the space. They also tell another story: All 60 artists have passed away. 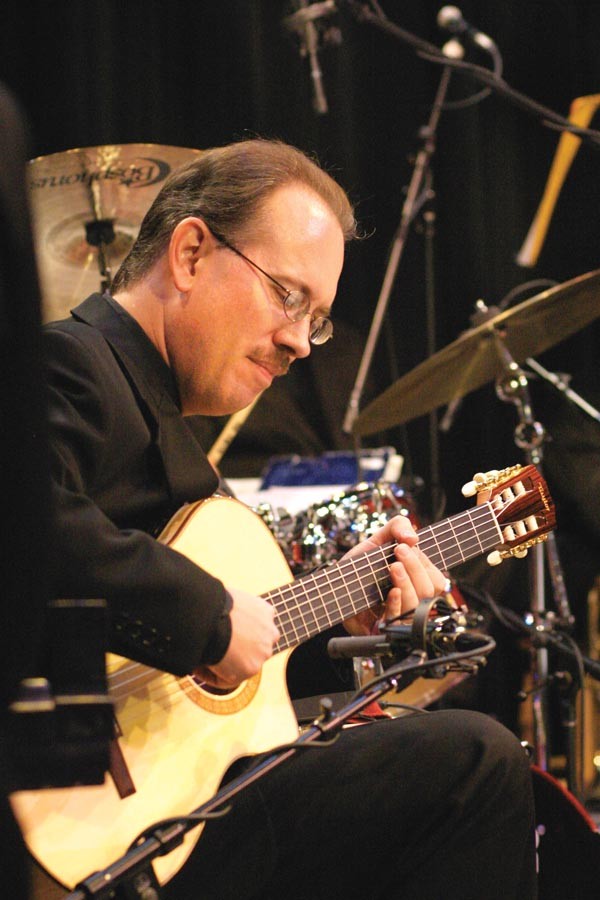 As Ashby talks about the musicians in the photos, it's clear that many became mentors who offered encouragement when the going got rough, and they're missed dearly. "I can't call Ray Brown or call Billy Taylor, my mentor, when I feel depressed," he says. "Billy would teach me stuff about staying the course like he did for so many years. He believed that this music should be presented in a dignified environment like the other performing arts, which is what I started to do here 25 years ago with his help and [Craftsmen's Guild founder and CEO] Bill Strickland's support and encouragement."

After a quarter century, Ashby often finds himself in the position of dispensing advice. "I do get calls all the time. But it's hard to make that transition," he says.

Ashby has developed another set of relationships which ensure that the next generation gets to hear the music as well. The work at Craftsmen's Guild, with adult career training and youth arts, has served as a template for several centers around the country. Its School of Swing program — where elementary-school students are brought in for a live performance — has been franchised and presented most recently in Phoenix, at the Musical Instrument Museum. A concert series is also being developed there. "It's really exciting, to get the kids excited about the music and to do concerts," he says. "I think it'll create a really interesting jazz circuit."

Over the years, Ashby has become familiar with the tastes of MCG Jazz patrons. While he has surveyed subscribers and single-ticket buyers often, he was surprised by the response he received from an email query he sent out at the end of last season, asking whom patrons would like to see. "This year, I think there were only maybe 20 artists that had more than one vote — out of 265 names. Now dig that, man," he says. "I think that is so refreshing that this audience is so eclectic, really listening to a lot of jazz, even with the downturn of jazz on the radio here. They're finding this music, which is so exciting."

MCG Jazz marks its silver anniversary March 3 with a Once in a Lifetime: The Jazz Party. Along with performances by vocalist Marlena Shaw and Fiveplay, the event will pay tribute to local musicians Chuck Austin, Harold Betters, Cecil Brooks III, Nelson Harrison, Roger Humphries, James Johnson Jr., Joe Negri and John Wilson. Each was interviewed by the Smithsonian American History Museum (in partnership with MCG Jazz) and clips from the oral histories will be shown that night. Ashby says the whole event plays to the MCG motto: Preserve, Promote and Present Jazz. "Those cats like Joe and Roger and James stayed in town to carry on the legacy of this music. Those are the cats we're honoring," he says. "There's lot of other great Pittsburghers, like Georgie Benson and Ahmad Jamal, but these guys stayed here and carried on the tradition."

When asked if he has one accomplishment that he ranks highest in the MCG Jazz history, Ashby channels his other role as the jazz guitarist who won't rest on his laurels. "I have to honestly say it's always the next thing," he says. "The thing that is the most exciting for me is I come in every day and see a blank white canvas. And I say, ‘OK, well, what colors are we going to paint with today?'"