Just when Laura thinks she has left her military past behind, it comes back to haunt her when a journalist starts asking tough questions about her past. We Are Among Us reveals what happened on that one unforgettable night in Afghanistan. 2 p.m. Continues through June 2. City Theatre, 1300 Bingham St., South Side. $44. citytheatrecompany.org

In 10 minutes, you could run a slow mile, make pasta, take a shower, or even see an entire play. The Ten Minute Play Festival at Glitter Box Theater will feature a series of short DIY plays from local playwrights. 7 p.m. 460 Melwood Ave., Oakland. $5. theglitterboxtheater.com 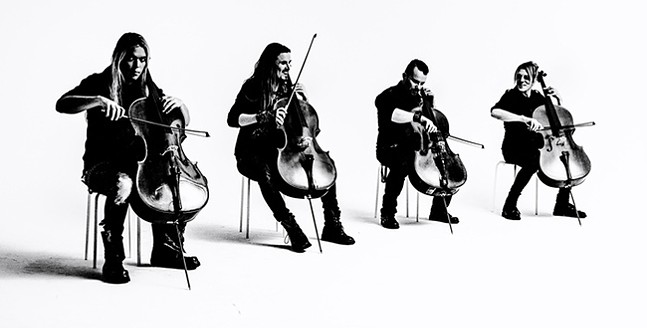 Apocolyptica is Finland's — and possibly the world's — first metal cello band (Pittsburgh has Cello Fury, but the Fins have them beat by a few years). Known for its cello quartet covers of metal albums (previously Faith No More, Rammstein), Apocolyptica takes on Metallica at Carnegie of Homestead Music Hall. Not too many details yet, but it's four cellos playing Metallica. Nothing else matters. 6:30 p.m. 510 E. 10th Ave., Munhall. $29.50-59.50. librarymusichall.com 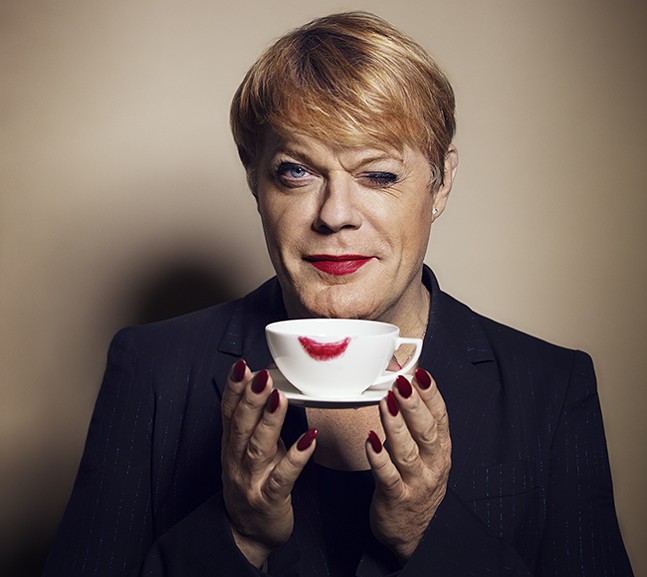 British stand-up comedian and actor Eddie Izzard, who first came out as transgender over three decades ago, calls himself “a lesbian trapped in a man’s body.” Come for the political jokes; stay for the lipstick. 8 p.m. Byham Theatre, 101 Sixth St., Downtown. $64.25-78.75. trustarts.org

Photo: ReelQ
A Moment in the Reeds
[Film]