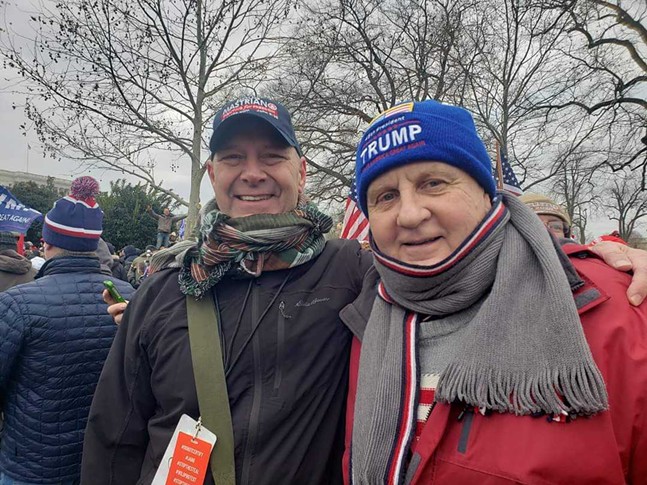 The U.S. House committee investigating the Jan. 6, 2021 insurrection at the U.S. Capitol doesn’t have the authority to compel Pennsylvania Republican gubernatorial nominee Doug Mastriano to testify, Mastriano claims in a lawsuit.

The suit, filed Thursday in U.S. District Court for the District of Columbia, claims the select committee is not properly constituted with a ranking minority member and is unable to comply with U.S. House deposition rules.

House Speaker Nancy Pelosi (D-Calif.) chose Rep. Elizabeth Cheney (R-Wyoming) and Rep. Adam Kinzinger (R-Illinois), which the suit describes as “nominal Republicans,” as minority members of the committee. Because they were not selected by the process set forth in Republican conference rules, neither can serve as a ranking member, Mastriano claims.

“These two members were chosen by the Democrats because … both follow ideologies that are inconsistent with their own party, instead choosing to pursue the priorities of the Democratic Caucus,” the suit says.

Under House deposition rules, the ranking minority member must be consulted before a committee can issue a subpoena compelling a witness to appear for a deposition, the suit claims.

However, the term “ranking member” is not formally defined, the suit claims, asserting that the question must be reviewed by a federal judge.

Mastriano, an ally of former President Donald Trump, attended the “Save America” rally the morning before Trump supporters stormed and broke into the Capitol on Jan. 6, 2021 in an attempt to stop the counting of Electoral College ballots in Congress. Although the count was halted and the House and Senate were evacuated, it was completed later that evening.

Mastriano denied engaging in violence or crossing police lines, but video later emerged that appears to show him and his wife closer to barricades than he claimed.

In a statement, the committee said Mastriano was involved in a plan to arrange for an “alternate slate of electors” and reportedly spoke with Trump about “post-election activities.” It cited a tweet by Mastriano, who said he was advocating for the Republican-controlled Pennsylvania Legislature to appoint Electoral College delegates.

In June, Mastriano agreed to an interview and shared documents with the committee. His lawyer Tim Parlatore, a New York white-collar criminal defense attorney, said Mastriano has nothing to hide and agreed to a voluntary interview because the committee had agreed to forgo a formal deposition.

When Mastriano was interviewed last month, he ended the session in less than 15 minutes without answering questions.

Peter Hall is a senior reporter at the Pennsylvania Capital-Star, where this story first appeared.