Married couple among the leads in Pittsburgh Ballet’s Giselle 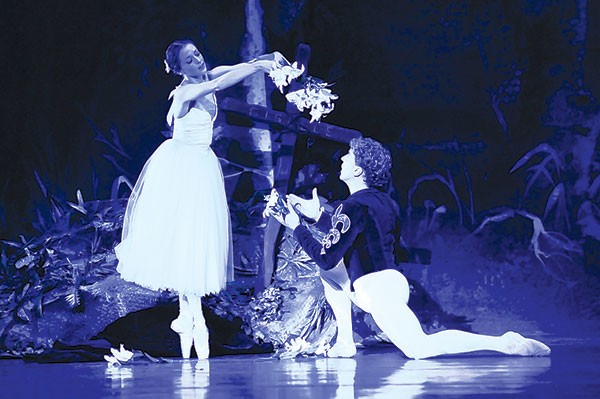 Fri., Oct. 28-Sun., Oct., 30. Benedum Center, 719 Liberty Ave., Downtown. $28-108. 412-456-6666 or pbt.org
It is perhaps fitting that the first ballet that Christopher Budzynski and Alexandra Kochis danced together — over a decade ago, at Boston Ballet — will also be the last that retiring Pittsburgh Ballet Theatre principal dancer Budzynski will perform with Kochis. The married couple will dance the lead roles in the beloved romantic classic Giselle, with four performances Oct. 28-30 at the Benedum Center.

Restaged by PBT artistic director Terrence Orr after Jean Coralli and Jules Perrot’s 1841 original, the tragic tale of betrayal, innocence lost and everlasting love tells of young nobleman Albrecht, who is in love with peasant girl Giselle but betrothed to another. A perennial favorite, PBT’s traditional version has been redone with brand-new costumes and scenic designs conceived by renowned designer Peter Farmer, and by reviving French composer Adolphe Adam’s original score to be performed live by the PBT Orchestra.

“One of the nice things about this version is that both Terry [Orr] and Marianna [PBT ballet mistress Tcherkassky] are big on making it real to you,” says Kochis. “They are totally open to an individual partnership working out their own ways of conveying feelings and emotions.”

For Budzynski and Kochis, that mutual desire for verisimilitude and perfecting their performances has been a hallmark of their careers. It extends even to how Budzynski lets fall a bouquet of lilies at Giselle’s grave in a poignant scene in the second act. There are both practical and symbolic aspects to how the flowers are dropped. “We got together and went through each [plastic] flower and took out all the ones we didn’t like and that would stick together,” says Budzynski.

And while as dance partners they share similar desires for honing their artistry, Kochis says that initially finding that work-life balance was hard. “He was more experienced than I was when we first began dancing together,” says Kochis. “Now I feel there is more parity and we can work through what we are passionate about.”

“Although I have seen it [Giselle] a thousand times, the confrontations within the characters are so true and real,” says Kochis.