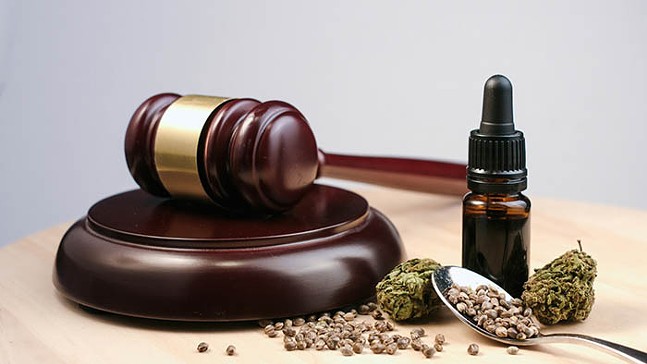 Pennsylvania’s cannabis prohibition laws are among the worst in the country, according to a new report by the Marijuana Policy Project called “Behind the Times: The 19 States Where a Joint Can Still Land You in Jail.”

Despite record-high levels of public support for legalization and the fact that the state’s bigger municipalities like Pittsburgh and Philadelphia have already passed measures to decriminalize cannabis possession, “There’s still a ton of arrests happening for cannabis possession” in Pennsylvania, says DeVaughn Ward, senior legislative counsel at MPP.

“At the state level, we have not fully dealt with [decriminalization], and the federal government has not fully dealt with that,” said State Rep. Jordan Harris (D-Philadelphia) at a March 22 press conference. “Let’s be clear,” Harris continued, “in Pennsylvania, it is the government that sells the alcohol. We are selling this product, we are selling this substance that we know is more harmful than marijuana.”

According to the MPP report, under current law, Pennsylvania imposes up to 30 days’ imprisonment and/or a fine of up to $500 for possession of up to 30 grams of cannabis (just over an ounce).

“Black Pennsylvanians are three times more likely to be arrested for cannabis possession than white people in the state,” the report notes.

MPP releases their report in recognition of the 50th anniversary of the first report by the federal Shafer Commission, which, in an unexpected move, argued in 1972 that possession of small amounts of marijuana should be decriminalized. Cannabis legalization advocates call the Shafer report “perhaps the single most important step” to catalyze the last 50 years’ progress towards decriminalizing and/or legalizing cannabis.

Cannabis prohibition has failed, argues MPP, and they advocate for cannabis legalization nationwide, although they recognize that the most likely route to that goal is through state governments.