You’ve suffered through four years of your conservative uncle talking about building the wall and locking her up. Now that Trump has lost the election — yes, he really did lose, people! — it’s time for liberals to finally enjoy their meals in peace.

We asked local comedians to help give us some one-liners and jokes for you to throw back at your MAGA-loving relatives if they try to bring up any right-wing nonsense during your family Zoom calls this Thanksgiving.

Photo: Mike Rubino
Abby Fudor
"Dad, the turkey you're about to carve has a better chance of being pardoned than Trump."
— Abby Fudor
Member of Frankly Scarlett and Arcade Comedy Theater
facebook.com/franklyscarlettcomedy 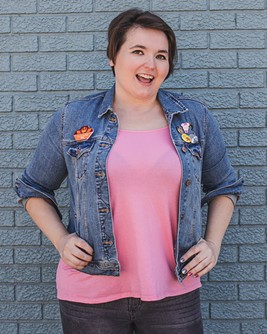 Photo: James Dean
Amanda Averell
“People who still have Trump signs in their yard are the same people who leave their Christmas lights up until Easter. Your uncle looks like Klan Griswold from National Lampoon’s Election Day with that 30 foot billboard on his lawn.”

“Sorry Aunt Karen, we aren’t serving Pumpkin Pie this holiday because it lost the popular vote. Everyone knows Pecan Pie is far more qualified than that orange monstrosity to lead the holiday dessert table.”

“Thanksgiving dinner is like Medicare for All, there’s enough to go around. Just because you hate your cousin Gary, doesn’t mean he shouldn’t be allowed to have the mashed potatoes you made.”
— Amanda Averell
Co-Owner, Burning Bridges Comedy Club
amandaaverell.com 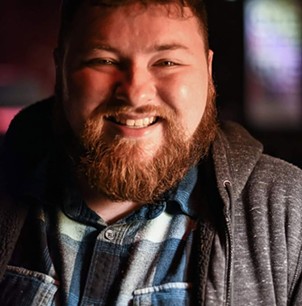 “My cousin constantly posts that both the election and COVID were hoaxes. This is coming from a guy who believed Santa was real until 11th Grade and only recently found out that BLM has nothing to do with BLTs.”

“Trump is a lot like this kid Terry from my neighborhood that every time he lost a match of Goldeneye [on Nintendo 64], he would start yelling that we all cheated. The main difference is that Terry grew out of it, and Trump still sucks at Goldeneye.”
— Derek Minto
derekminto.com

“You’re a sad old bag
If you’re waving Trump’s flag
How much of that Kool Aid did you drink?
Your dude lost the race
And stomps in place
All he needs to do is concede!
Make him pack a box
To distract from Fox
Just get out! It is time to go!
After Inauguration, slap on those cuffs!
Cell block T is your new home!!”
— Arla White
The Comedy of Arla White
@lala0386

“Is this turkey free range or was it locked up like Trump will be after he leaves office?”

“Oh sure, Aunt Karen, you want mail-in ballots thrown out but you still have leftover turkey from last year in your fridge.”
— Gregg Harrington
Co-Host, Neon Brainiacs podcast
neonbrainiacs.libsyn.com

“Hey Grandpa, after we're done eating, do you need help taking down your oversized Trump flag, the 15 Trump 2020 signs in the yard, the ‘Jesus is my Savior ... Trump is my President’ car window shade, and the ‘Make America Great Again’ decorative wreath?”

“You planning on fitting in some more hunting trips, Cousin Andy? Since Joe Biden will surely be taking your gun away this January.”

“When you're a famous turkey like me they let you do whatever you want ... just walk right up and grab ‘em by the giblets."

“Uncle Steve you better hold back on the turkey. That tryptophan is gonna make you look like your arch enemy: ‘Sleepy Joe.’”

“You could probably repurpose all those ‘Lock Her Up’ signs to be about Kamala, Uncle Cloyd.”

"Why is Uncle Cleetus going through the garbage? I told him we were out of beer. He's demanding a recount."
— Ben Dietels
Co-Host, Neon Brainiacs podcast
neonbrainiacs.libsyn.com