Get out there and boo! 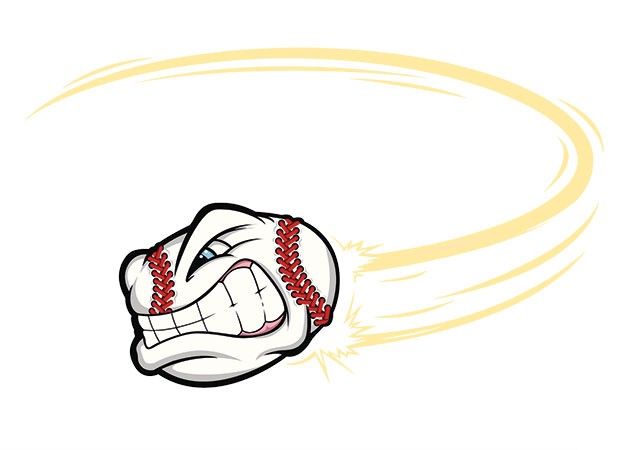 Baseball doesn’t stir up the enthusiastic hostility toward visiting teams like hockey and football do. The deafening, and often times profane, shouts at the Philadelphia Flyers on the ice, or the Baltimore Ravens on the gridiron, have no equal in baseball.

Pirates fans have teams they don’t like, but it’s mostly because they are divisional rivals. As the 2017 season approaches, five major-league teams will be coming to PNC Park in the first five weeks. These five teams think they are better than us, and that should make you hate them so much. So, as part of this Pirates Season Preview, we will hand-deliver a few valid reasons to compel you to get out there and boo.

First up, the Atlanta Braves and, let’s be honest, we shouldn’t need any help hating them. Sure, it’s been 25 years since they crushed the Pirates’ most recent chance at a World Series, but don’t ever forget it. The tomahawk chop is the second reason to despise these Southern scoundrels. The stupid, and arguably offensive, hand gesture isn’t even their idea: They stole it from Florida State University.

What’s inarguably offensive is that until 1986 the Braves mascot was Chief Noc-a-Homa. He dressed like a Native American and sat in a tepee in the outfield till a Brave hit a home run. Then he would do a stereotypical and horribly racist “Indian” dance to the delight of yokels in attendance. Another reason to make fun of the Braves is that they are old. Bartolo Colon and R.A. Dickey are 40 percent of the Braves’ rotation, and are a combined 85 years old. Matt Kemp is also easy to boo because of his idiotic nickname, “Bison.” The rest of the team is filled with losers with first names like Dansby and Jace. The Braves are in town April 7-9.

The Cincinnati Reds are a natural enemy filled with guys you’ve never heard of, with the exception of Joey Votto and Billy Hamilton, who always kill the Pirates, so we hate them enough already. Reds fans are a bunch of Skyline Chili-eating slackjaws. Wow! Chili with cinnamon on top of spaghetti? Really? The Reds were also once owned by Marge Schott, a legendary racist who once said she thought Adolf Hitler was initially good for Germany. Boo the Reds mercilessly April 10-12.

The Evil Empire invades PNC April 21-23. This team is so easy to hate; rooting for the New York Yankees against another team is like rooting for Walmart over your neighborhood grocery store. They have everything, including unlimited revenue and 27 World Series titles. This team could spend its dough a little smarter, though. Aside from their ace, Masahiro Tanaka, the Yankees’ rotation was 19-34 last year. So they paid Aroldis Chapman $21 million to close out games for pitchers that stunk. You won’t see future Hall of Famers like Derek Jeter and Mariano Rivera, who were here the last time the Yankees were in town. Instead, they have a bunch of washed-up vets like Matt Holliday, Jacoby Ellsbury and Jon Niese. If you see a Yankees fan, point him toward the Mazeroski statue. That one World Series is equal to at least 15 or 16 of theirs.

The defending-champ Chicago Cubs come to Pittsburgh April 24-26. It’s been 118 years since they were last called champs. Cubs fans have always been obnoxious, but will now be downright insufferable. In the past 100 years, they have won only half as many championships as the Miami Marlins. And the Marlins weren’t even a team for 77 of those years. So the Cubs are still losers.

Today, we can just hate the Cubs because they are good. They have an extremely talented nucleus of players who are all young and have somehow panned out. But we can still hate pitcher Jake Arietta for other reasons. He’s as likable as a coke-dealer who parks in a handicapped spot. Arrogance drips off the guy, and it’s just matter of time before his 15 minutes of fame are up. Cubs fans are invading soon, and they will all be wearing World Series shirts.

Finally, the Milwaukee Brewers kick off the month of May at PNC. We hate the Brewers already, but they are so sad that it’s not as much fun to boo them as it used to be. Sure, the Brewers have been torturing the Pirates ever since Randall Simon ruined their sausage party (Google it). This team is just Ryan Braun and a bunch of people you and I have never heard of. Except for Neftali Feliz, the new closer, who will be making his non-triumphant return to Pittsburgh. This untalented roster of has-beens and never-will-bes are in town May 5-7. So get out there and yell at the Pirates opponents: Make baseball hate again.