Imagine entering a doctor’s office for help with a medical problem. You learn that every tool the doctor has to treat you — every available drug therapy, the recommended course of treatment, even the diagnosis itself — is based on a best guess culled from studying these techniques in people who share some, but not all, of your characteristics. Would you feel confident about your outcome?

In fact, that’s exactly how science has approached women’s health for centuries: by studying diseases and remedies in men, then broadly applying that information to the population as a whole. Science considered women too complex to study because of hormone fluctuations in the menstrual cycle, and they were reluctant to expose women to risky experiments during childbearing years.

Unfortunately, this historic practice — as well as the mistaken belief that women respond the same way to treatments as men — has led to significant gaps in science’s understanding of women’s health.

Magee-Womens Research Institute (MWRI) is dedicated to changing that status quo by embracing the not-quite-so-radical idea that women’s health is everyone’s health: when women thrive, so do entire communities.

Founded in 1992, the institute was well ahead of its time. It wasn’t until 2001 that the Institute of Medicine, now the National Academy of Sciences, asked the key question: Does sex matter in health research? The answer, of course, is yes. From basic cell biology to the way we think, behave, respond to outside forces such as chemicals and infectious disease, men and women are fundamentally different — and science needs to recognize that fact.

Today, MWRI is the largest research institute in the United States devoted solely to the health of women and reproductive biology. The institute receives more National Institutes of Health (NIH) funding than anywhere else in the U.S. for reproductive health research, and projects are varied and vital, including:

Its location directly across the street from UPMC Magee-Womens Hospital makes MWRI ideally situated for bringing the latest research discoveries directly to patients, a practice known as “bench to bedside.”

In addition to federal support, the generosity of donors is essential to MWRI’s ability to continue pushing boundaries in scientific research. Through its affiliated foundation, the institute benefits from the contributions of philanthropic organizations, corporations, and private individuals. It also hosts several events throughout the year to raise money for its research, including a partnership with Women Who Rock, an annual concert that is founded, produced and fronted by women.

This year’s Women Who Rock show at Stage AE in Pittsburgh featured headliner and American Idol winner Jordin Sparks and gathered an audience of fans committed to rock the future of women’s health. Honored with the Women Who Rock Impact Award at the event was MWRI’s own Dr. Lisa Rohan, for her research addressing understudied problems in women’s health, changing the status quo, and transforming lives around the world. The Women Who Rock team is already busy cooking up what’s next for 2023, and in the meantime, you can visit the Women Who Rock Pop-Up shop located in South Side Works at 517 South 27th Street. A portion of proceeds of all merchandise goes to support women’s health research at Magee-Womens Research Institute & Foundation.

Visit MageeWomens.org for more information on events and other ways to support MWRI’s mission.

Lifetime Keto Gummies Reviews (Scam or Legit) - Is It Worth Your Money? Sponsored

Best CBD Gummies For Sleep And Insomnia in 2023 Sponsored 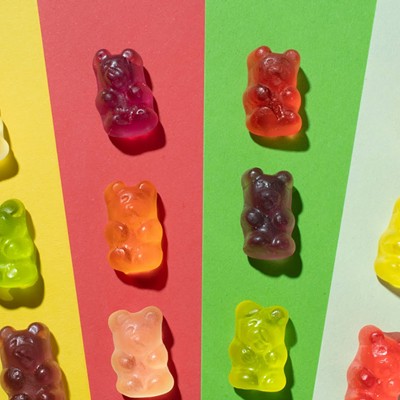 Lifetime Keto Gummies Reviews (Scam or Legit) - Is It Worth Your Money? Sponsored