"We're taking music we love, that not everybody knows about, and exposing it." 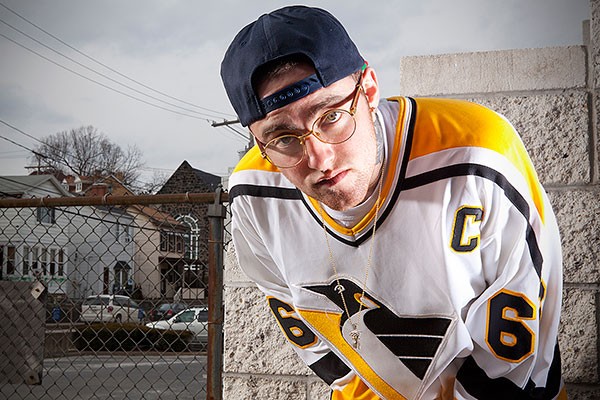 Since moving to Los Angeles in 2012, Pittsburgh musician Mac Miller has continued to develop himself and his Most Dope brand. Along with business partner Quentin Cuff, he landed a MTV2 television series that's currently at mid-season, and they recently launched their own record label, REMember Music.

Although it wasn't something they initially considered or planned for, the television show has become a platform for introducing Pittsburgh-bred businesses and artists to the national audience. Viewers may have noticed the clothing brand THC, which was started by Miller's hometown friends Peanut, who is featured on the show, and Tree-Jay. Additionally, on this past week's episode, which is available for stream on MTV's website, several REMember Music artists showed face — including Vinny Radio and Franchise of Braddock-bred rap duo The Come Up.

In the coming pages, we profile the artists on Miller's new label, which run the gamut from a pop songwriter to a street-hardened trap-music rapper. In addition to these REMember Music artists, Chambersburg native Choo Jackson and Miller's alter-egos, Larry Fisherman and Larry Lovestein, have become staples for the label. With the Larry Lovestein EP released last year, Miller added a No. 2 iTunes-charting jazz album to his list of credentials. With the REMember Music label, Miller and his team have created a platform for creative Pittsburgh music to reach the rest of the nation. 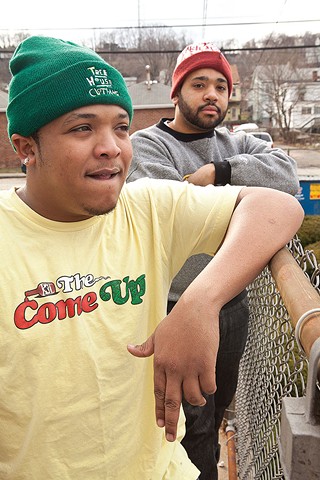 The Come Up (Vinny Radio and Franchise)

When we last checked in with Braddock-bred duo The Come Up, they were preparing to set out as an opening act on Miller's Macadelic Tour. Since that time, they've released their Change of Plans album, which was the second official release on REMember Music. It's received more than 50,000 hits on popular free-music server DatPiff.

"We're all friends," explains Franchise, referring to Miller's team. "When they brought the idea of the label to us, we just wanted to keep rocking together."

Before the group's new mixtape, which is slated for a summer release, Vinny will be sharing his collaborative EP, titled Broke, with Pittsburgh hip-hop producer P. Fish. Meanwhile, Franchise has begun working on a solo EP to be released in October.

"It's great to have something together now, where we have artists like Vinny and Fran moving forward in their careers," explains Miller. "We're taking music that we love, that maybe not everybody knows about, and we're exposing it to them."

Vinny finds that having the label behind the group has changed their approach.

"It's 10 times more professional," he says. "Before it was just, like, you finish your project and you put it out. You'd try to shoot videos whenever you can or whatever you can afford, and you just hope somebody notices. With this, there's definitely strategy involved." 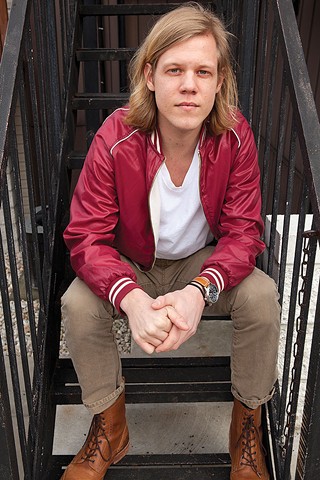 While much of the REMember Music roster consists of hip-hop artists, singer-songwriter Dylan Reynolds is a refreshing alternative. His friendship with Miller dates back to their adolescence.

"I lived on Reynolds Street and he lived on Lexington," explains Reynolds. "We used to play sports together when we were about five. And then we started a band together, in which I played drums and he was a guitar player and singer."

The 21-year-old Reynolds, who now plays a guitar and sings vocals of his own, was introduced to the world last year with two singles, "Happy Birthday" and "Tightrope." The latter will be re-worked and included on his debut album, which is currently in its final stages of production.

Reynolds is planning to release his "Looking Up" single on April 22, which he says will be followed by another single titled "Famous Friends," before the full album is released in June.

Although no tour is booked yet, Reynolds plans to take his live performance nationwide after the release of his album. 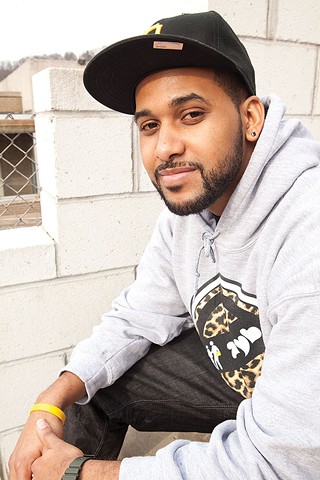 A hip-hop artist on REMember Music who has developed a reputation as one of Pittsburgh's most gifted lyricists is Cuff's cousin, Primavera Vills. In 2008, he teamed up with Miller, The Come Up, and several others to form a hip-hop crew known as the East End Empire.

"We were just all spittin' back then," he explained of the crew's rapping skills. "We all had the same agenda and wanted the same thing."

Vills has since established himself as a solo artist, while continuing to build a bond with both Cuff and Miller, which led to his involvement with REMember Music. His first release on the label, Anti-Flu Anniversary, is set to be released on April 12. For better or worse, Vills describes his vision in one self-created slang word, "trayb" (pronounced as it looks).

"When my nephew was, like, two, he used to say ‘crazy' like ‘trazy,'" Vills explained with a laugh. "So, I just made it trayb, like,‘everything is trayb,' and it just caught on with everybody. I made the definition a few weeks later, and it's just, like, anything spontaneous, or it could be something related to sexual activity, or something vague. It's all about the context you use it in, so it could be whatever you want, for real."

Vills' "trayb" movement will certainly reach a new peak with his Too Trayb 4 TV music video series, which will help promote his mixtape release. Some of the music will be very Pittsburgh-centric, including his song "Giant Eagles," for which the video was shot at the Giant Eagle grocery store in the North Side.

In addition to Vills, one of REMember Music's best-kept secrets is Wilkinsburg native Hardo. The 20-year-old rapper generated a buzz in 2012 with a series of music videos, four of which eclipsed 100,000 Youtube views. Soon after his "Stressin'" music video was released earlier this year, Hardo ended up incarcerated in Greene County, where he remmains; he's been in and out of jail in the past on charges related to drug possession and distribution.

"I just went about a couple things wrong when I was out there," Hardo says via telephone. "I got a chance to do something that a lot of people don't get a chance to do. On the strength of being back in here, and just looking at it ... like, it could be something that quick that could take away the dream and put me right back into the street life."

An alternative to street life has been making music. Hardo's history working with Miller dates back to his 10th- and 11 th -grade years at Taylor Allderdice High School, which both attended. The two lived near one another and would make music at Miller's studio.

"After school we used to take the school bus and go to his crib and record," explained Hardo. "I recorded two or three songs at his house, and he told me, like, ‘Yeah man, you might be the hardest motherfucker that ever came through my crib and recorded some shit.'"

Hardo also contributes to his own group's Trap Illustrated movement. The Trap Illustrated crew's mixtape will be made available in the coming months, around the time of Hardo's release from jail. While incarcerated, he's been writing songs for a solo mixtape that he will present this summer.

"I done seen a lot, and I've been through a lot, and I've done a lot," he says. "So it's like, for somebody who actually lived the life that a lot of people rap about and never been through, it's easier for me to think about so much shit [to write about] that I've seen or that happened to somebody that I've been with. We come from this trap shit, this street shit, but that's not all we can bring to the table. We have fun with it."