Lynn had an especially good weekend, and it was kicked off by something that happened after the show on Friday. She's sharing her experience to start things off today. A meeting with a couple of women from Planned Parenthood of Western PA caused her to miss the bus, and Lynn spent some extra time in downtown Pittsburgh. As a result she came across a group of picketers outside the Duquesne Club. It was Erie union workers protesting the WABTEC stockholders meeting about a two tier-wage system. After a while she joined the protest. Then when waiting for the bus after leaving the protest she struck up a conversation with an amazing older woman at the bus stop. All of this wouldn't have happened if she wouldn't have missed her original bus, and gone off her schedule. The engagement in human interaction energized, and uplifted her.

Stream or download the last 5 shows on the MP3 downloads page. 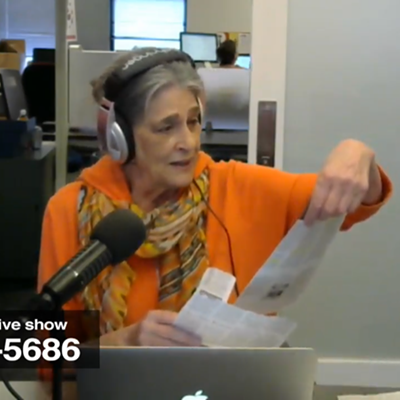