It's Lynn's last Monday show for the next month or so, and Lynn is just trying to push through to her "Trump Free February." But before that, we have three shows this week, so buckle up!

The show starts with a little brain exercise, that shows we humans might not be as important as we think. It's hard to describe it in just a Facebook post, but imagine every step you took on a little ramble represented a century. How far would you need to walk to reach the era of dinosaurs? Starting in New York, you wouldn't see a T-Rex until Nebraska. And while Lynn knows some find the immense nature of time scary, she looks at it as humbling. We're hearing lots of listener input on this, so hope you like the discussion!

And also, Lynn is showing you all a lovely ad from the House Republicans PAC about 18th District Candidate Democratic Conor Lamb. But while it tries to link Lamb and House Minority Leader Nancy Pelosi, it's factually false, as Lamb has already stated he would back new leadership.

Stream or download the last 5 shows on the MP3 downloads page. 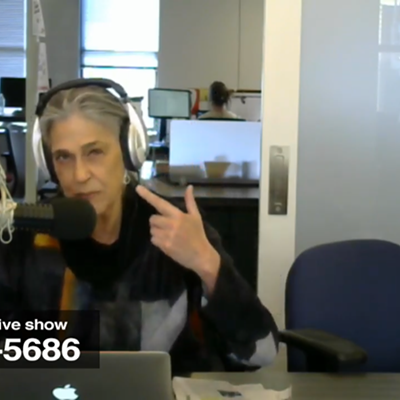