The narrative dips and veers in interesting ways 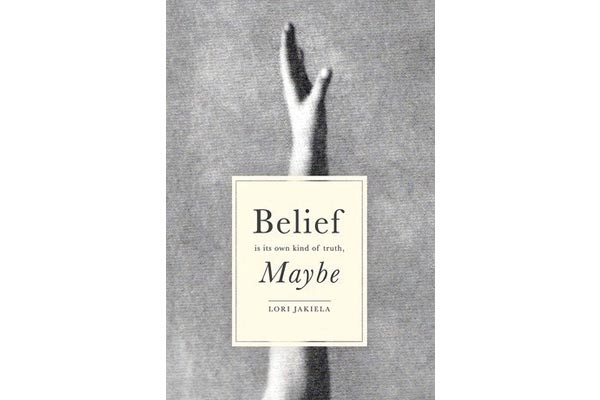 With adoptions totaling 120,000 or more yearly in the U.S., it’s worth considering the many lives touched. And with booksellers listing thousands of adoption titles, it’s long been an emotional subject ripe for literary exploration. To that list, Trafford native Lori Jakiela adds some local flavor with her latest memoir, Belief Is Its Own Kind of Truth, Maybe (Atticus Books), thoughtfully crafted over 291 pages.

With two well-regarded previous memoirs (The Bridge to Take When Things Get Serious, Miss New York Has Everything), and a solid poetry collection (Spot the Terrorist) under her belt, the Pitt-Greensburg and Chatham University writing professor continues to hit the right notes. Belief … is a touching, sometimes brutally honest look at “family” as Jakiela tries to meet with her birth-mother after both adoptive parents have died. It doesn’t play out like a made-for-TV movie, for sure.

By portraying her family and friends as complicated individuals, not clichés, Jakiela allows the reader to see their humanity, warts and all. She writes of well-intentioned parents’ wariness toward a girl’s education by saying, “it was better to be caught with a cigarette than a book. It was better for our mothers to catch us getting fingered by a boy than catch us on the couch reading. Reading was uppity … My mother called it lazy.” Jakiela’s candor highlights the dichotomy of her difficult, yet loving relationship with her adoptive mother. It also speaks volumes about outdated attitudes towards women’s roles.

Belief often focuses on the choices parents make regarding their children. Jakiela approaches it from several angles. She develops “fictions based on facts” surrounding her biological mother’s difficult pregnancy and decision to give up her child. She’s by turns philosophical — “Parenting demands the death of irony” — and comedic when recounting her husband’s (writer Dave Newman) thoughts on children’s programming: “If I have to watch that fucking Thomas movie one more time, I’m going to stab myself.” It’s a memoir that dips and veers in interesting ways, but always comes back to its strong narrative thread.

Jakiela’s characterizations of her children and loved ones remain well rendered.  But it’s the description of her relationship with her adoptive father, a once-aspiring singer turned millworker, that strikes a resonant tough-love chord when he says, “I have more brains in my ass than you have in your whole body.” Later he softens, saying, “Without family, you’ve got nothing.” His sentiments summarize this book’s tone nicely.