Lori Jakiela’s How Do You Like It Now, Gentlemen? | Pittsburgh City Paper

Plus, an announcement of our September #CPBookClub selections 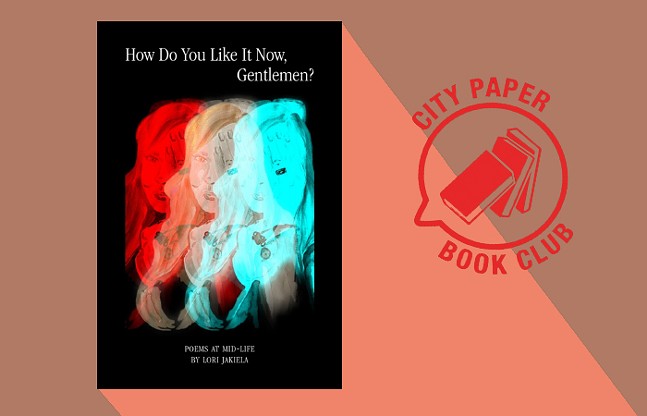 Lori Jakiela’s announcement that she’s turning 51 years old comes in the form of a poem juxtaposing her birthday notice with a confession that she’s defying her mother by doing so. Her mother, she says, didn’t just lie about her age for years, but taught her not to talk about her own.

Readers of Jakiela’s latest poetry collection, How Do You Like It Now, Gentleman? (BrickHouse Books), will be grateful for her disobedience.

With her new release, Jakiela, a professor and director of English and Creative/Professional Writing at the University of Pittsburgh-Greensburg, continues the personal storytelling she began in her previous memoirs Miss New York Has Everything, The Bridge to Take When Things Get Serious, and Belief Is Its Own Kind of Truth, Maybe.

Only now, Jakiela has matured from coming-of-age tales to coming-of-middle-age tales.

In “Love Poem with Naproxen Sodium,” Jakiela compares her new aches and pains to those of her parents, writing:

I limp to the kitchen the way my mother and father did
When they were alive and only a little
Older than I am now.

“You don’t know how it hurts me,” my mother said.
She meant arthritis
But I think she also meant living.

Even though “Former 90s Supermodel Cindy Crawford Says People Shouldn’t Worry About Aging” (one of the book’s many cleverly titled poems), Jakiela does worry openly throughout the collection, as she switches from flashbacks of herself as a child fearing for her father’s death to witnessing her daughter now weeping for her own.

Pages of sustained prose are interrupted by short, often humorous memories that feel like secrets from a good friend. After a long ode to the late Pittsburgh writer Chuck Kinder, Jakiela eases the tension with a touching four-lined poem about her son joyfully eating a salt-and-vinegar potato chip for the first time.

This is a collection for those of us who had aunts with Barbie doll torsos in homemade knitted skirts covering their rolls of toilet paper on the back of commodes, to those who grew up watching Daryl Hannah playing “a mermaid in a movie once,” and, yes, to those with Baby Boomer mothers with high expectations, all things Jakiela shares in her more than 30 poems.

Late in the book, however, Jakiela reveals in a poem that her mother eventually did stop lying.

“You better hope you look this good when you’re my age,” Jakiela remembers her mother telling her as she slapped “her own beautiful polyester ass.” And, in a beautiful transition that sums up the collection’s raw vulnerability, a six-line poem follows with Jakiela’s daughter telling her that she’s not yet “all wrinkly.”

When she is, let’s hope Jakiela is still writing because we should all be so lucky to continue being able to grow old alongside her. 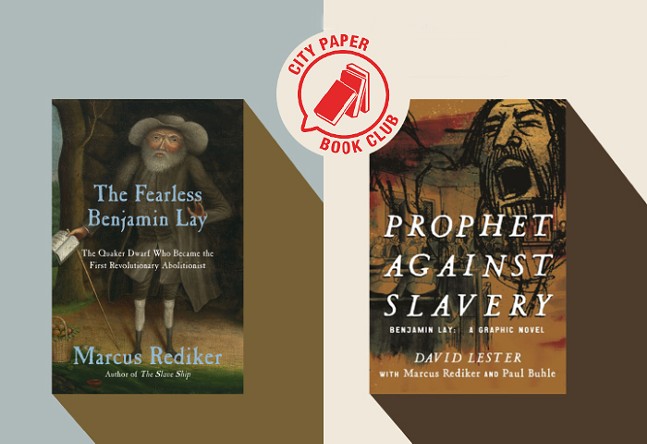 Around 300 years ago, the fight to end the slave trade found a champion in Benjamin Lay, though you’re unlikely to find him in most history books. Read more about this revolutionary figure in The Fearless Benjamin Lay, the September Pittsburgh City Paper Book Club pick by University of Pittsburgh history professor Marcus Rediker. According to a synopsis from Beacon Press, the nonfiction book details how Lay, a practicing Quaker who suffered from dwarfism, became a fierce abolitionist who demanded “the total, unconditional emancipation of all enslaved Africans around the world.” For more insight, check out Prophet Against Slavery, a graphic novel Rediker also worked on.


Be sure to grab copies of both books at #CPBookClub’s sponsor, Riverstone Books, at shopriverstonebookstore.com, and join the conversation online by using #CPBookClub.

Lori Jakiela’s Portrait of the Artist as a Bingo Worker