"We had the Grateful Dead, Bob Dylan ... you name it, they played the Stanley." 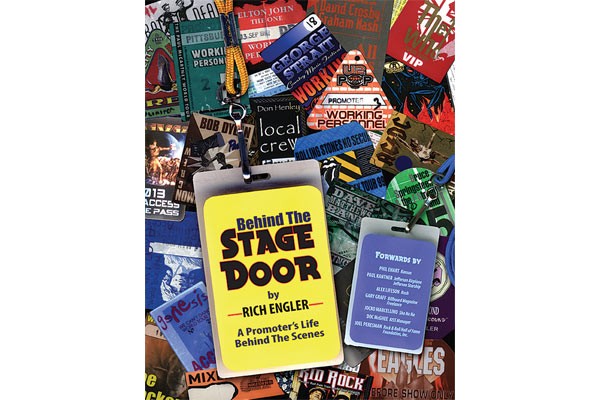 Like any successful promoter, Rich Engler knows to give the public what it wants. So, after hearing time and time again, "You should write a book!" he decided to do just that.

"There were some great stories and great memories that I had, and I started to put those down about three years ago," Engler says. Through dozens of stories and hundreds of photos, posters and other memorabilia, Behind the Stage Door tells the story of Engler's 47-year career in the music business. It's available for $24.95 online and at most Giant Eagle stores.

Engler's interest in music began in the small, working-class town of Creighton, Pa., where, as a high school junior, he began playing in — and booking shows for — his first band. "I was able to grow into the business, and see the business from both sides," he says. "In the '60s, this music was so new. I just felt that I really had to get that out to the world and be part of it."

By the late '60s, Engler had joined with Pat DiCesare to create DiCesare-Engler Productions, which booked everyone from The Rolling Stones and Fleetwood Mac to Madonna. In 1977, DiCesare-Engler bought the Stanley Theater (now the Benedum Center), which, Engler says, helped put Pittsburgh on the map. "Everyone wanted to play [there] because it was one of the biggest theaters in the country. We had the Grateful Dead, Bob Dylan ... you name it, they played the Stanley."

For Engler, who estimates having put together around 5,000 concerts and special events, hanging around with rock stars — Alice Cooper and David Bowie, among many others — was par for the course. He admits dealing with rock-star-sized egos could be a little trying: "In the beginning, it was like, ‘Come on, really?'" he recalls. "And then it became second nature. If they want breakfast for 50 people and dinner for 75 people, and white limos and Dom Perignon and all these things, you just do it. It makes it much easier."

To get the real dirt, you'll have to read the book. "[It's] a ride through the years," Engler says. "I think anyone who likes music and rock 'n' roll will get a kick out of it."