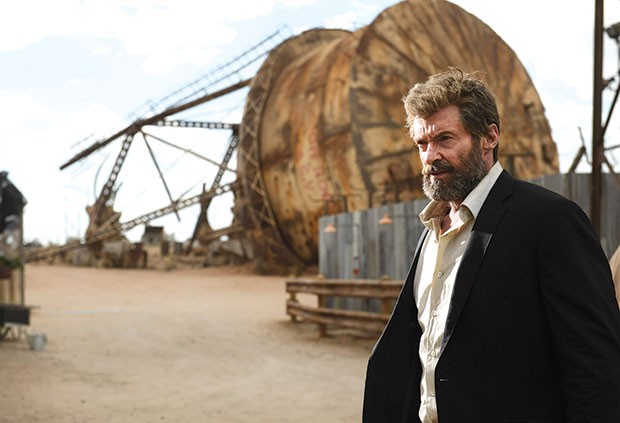 Logan (Hugh Jackman) is getting older.

It’s hard to believe that Hugh Jackman has been playing Logan, a.k.a. Wolverine, for 17 years. But the latest installment in the X-Men franchise, Logan, directed by James Mangold, is a fitting and emotional send-off for a beloved character.

The film opens with a clearly aged and physically diminished Wolverine living in a world largely devoid of mutants. The circumstances surrounding the mass extinction remain mysterious, but the loss has hardened Wolverine, who had struggled to find the kind of familial relationship he knew with the X-Men. It seems as if the only remnant of the group is its leader, Professor Xavier (Patrick Stewart), but he too has fallen into disarray. In a scenario which mirrors real-life brain diseases like dementia and Alzheimer’s, the professor finds himself unable to control what has been called the world’s most powerful brain.

This film explores what happens to superheroes when they are past their prime, and it’s far from a feel-good ride. The few glimmers of hope come from child mutant Laura (Dafne Keen). As much as he tries to avoid it, Wolverine finds himself charged with protecting the girl and potentially shaping the future of the mutant race.