Local voting rights advocates are working to protect Black voters from possible attempts to suppress their voice at the polls.

“The Coalition will call upon every federal, state and local resource available to keep the pathway to voting open,” according to a press release.

Concerns about Black voter suppression — a hallmark of the Jim Crow era —have resurged in recent years after many state legislatures passed restrictive voting laws in the aftermath of the politically fraught 2020 election.

In Pennsylvania, several Republican lawmakers initially contested the statewide election results, and others have since sought to overturn no-excuse mail-in voting that was signed into law in 2019 with bipartisan support.

Most recently, the Pennsylvania Supreme Court arrived at a 3-3 deadlock this week over a Republican-led legal challenge seeking to invalidate undated mail-in ballots.

"It defies common sense on its face because if a ballot is received before the close of the polls, then why ignore it?" Walton tells Pittsburgh City Paper.

Walton says he's not aware of any specific efforts to undermine Black votes in Western Pennsylvania, but says the purpose of the coalition is to be ready for any eventuality.

"You hear stories about one party or another putting troops in the field trying to put poll watchers in the polling place to challenge voters," Walton says. While there's "no direct evidence of that occurring now, we have to be prepared for it."

Allegheny County will operate 1,323 designated polling places on election day, with each staffed by three to five poll workers. Candidates are allowed to appoint up to two poll watchers at each location.

In an effort to demonstrate integrity and transparency, the Elections Division yesterday took local media on a tour of the ballot processing, where they broke down each part of the elections process.

"We're all trying to make our election as safe and secure as possible," says Elections Division Manager David Voye. "And I really think everybody involved is doing a really good job." 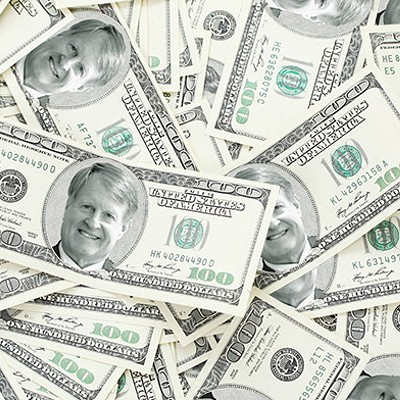