Local homebrewers face off for honor

Categories include the familiar — such as pilsner and stout — and the exotic, like sour ale and "smoke-flavored and wood-aged beer" 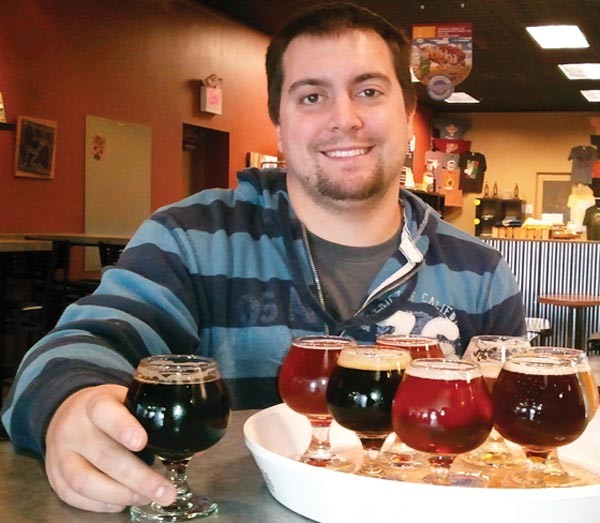 Photo courtesy of Vanessa Varacalli
Bar none: Ryan Slicker, whose "Poppin Pils" will be brewed by Rock Bottom Brewery this year

The Three Rivers Association of Serious Homebrewers (TRASH) just held its 22nd annual brewing contest, and competition was fierce. There were 600 entries from 148 individual competitors, nearly twice as many entries as last year. Organizer Mike Beattie cites the rise in popularity of homebrewing as a primary factor for the large number of entries.

The competition has more in common with the Westminster dog show than it does a Betty Crocker pie-making competition. "The judging itself is done primarily by people who have taken a rigorous exam to be certified as a beer judge," says co-organizer John Rozborski. For a homebrew to rise to the top of the class, it must best match the style of one of the 28 categories recognized by the Beer Judge Certification Program (BJCP) guidelines. (Categories include the familiar — such as pilsner and stout — and the exotic, like sour ale and "smoke-flavored and wood-aged beer.") Winners in each category are then judged head-to-head to determine the Best in Show.

What are judges looking for? Mark Benson, a member of TRASH since its second meeting, sums up: "What is looks like, what it smells like, [how] it tastes, the aftertaste — all those things need to be appropriate for the category it's in, or you're not going to do well."

Pittsburgh's Ryan Slicker's "Poppin Pils" was named Best in Show, and will be brewed commercially by Rock Bottom Brewery this summer. East End Brewing, meanwhile, will take up with Monroeville's Brody "Nasse's Boots.On Cream Ale," which was named Best Session Ale (a beer under 4.6 percent alcohol). Mike Radford took home the award for Best Overall Brewer, a prize that comes with honor, but no commercial brewing opportunities.

Nasse said his victory was gratifying, and cited the approval of his peers "as the ultimate form of validation." Having his beer brewed by East End, he says, is a testament to "how unique and supportive the craft brew community is." More than that, though, it's simply "flat-out cool."