"Film tax credits are the number-one reason anyone comes to Pennsylvania." 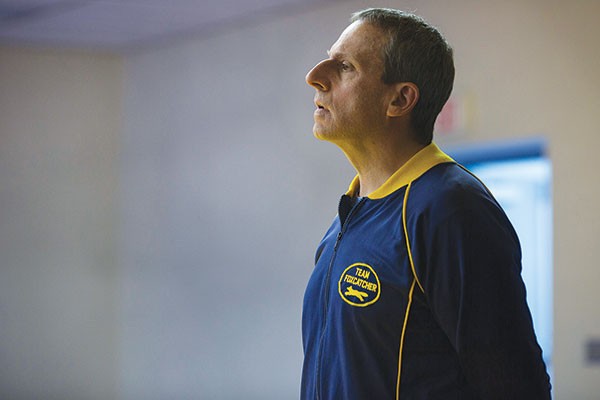 Foxcatcher was shot in the Pittsburgh area

Last summer, things were looking uncertain for the Pittsburgh-based film industry. Locals who work on movie productions anxiously awaited word from Gov. Tom Corbett on whether he would renew the state's $60 million Film and Television Production Tax Credit. Corbett renewed the tax credit through 2018, but left it capped at its present amount.

And while the local film industry is doing well, things could always be better. "[Corbett] keeping the tax credit program capped was disappointing," says Dawn Keezer, president of the Pittsburgh Film Office. According to its website, since 1990, the Film Office has "assisted more than 124 feature films and television productions" locally, generating "an economic impact of more than $800 million for the region."

"We're hopeful that [incoming Gov. Tom Wolf] will see the worth in uncapping the tax credit," she says.

Recently, Pittsburgh has hosted major Hollywood productions, including Jack Reacher, The Dark Knight Rises and Perks of Being a Wallflower. Also shot locally, the just-released drama Foxcatcher, which is receiving award nominations and Oscar buzz.

While that kind of acclaim doesn't hurt, it doesn't factor highly into attracting future productions. "Film tax credits are the number-one reason anyone comes to Pennsylvania," Keezer says. "High-profile, recognized and ‘critically acclaimed' help tell the story that [Southwestern Pennsylvania] is a great place to shoot."

Others see Pittsburgh as offering more than just financial benefits for film companies. "Western Pennsylvania has so much to offer a filmmaker," explains Mami Stein, who has worked in the art department on several major films produced here. "Our varied landscapes and neighborhoods can portray everything from a turn-of-the-century New York neighborhood to a slick modern urban center. [Directors of photography] have frequently remarked on how much they love filming our grey winter skies. We also have a large, experienced pool of crew members and talent, not to mention the services of a fantastic film office."

But, Stein adds, "filmmaking is a business. Without the film tax credit, our film industry and the money it brings to Pennsylvania would not be a fraction as successful as it is now."

See a list of locally produced films set to open in 2015.