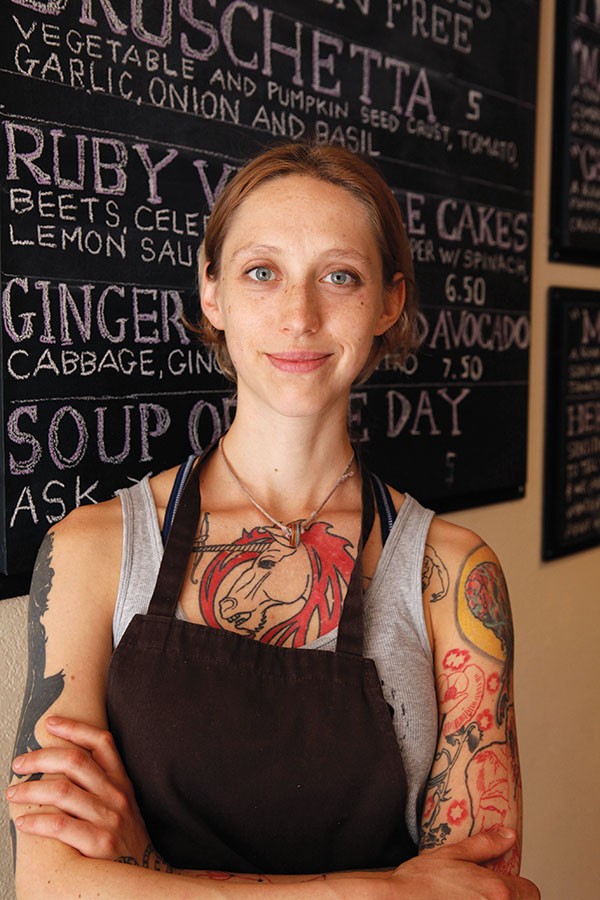 It's a bitter irony of higher-end dining: Customers will pay a premium for humanely raised meat ... without sparing a thought about the treatment of the kitchen staff who prepares it.

Jordan Romanus, a local activist with the Restaurant Opportunities Center, hopes to change that. "Twenty years ago," he says, "if you were talking about organics or locally sourced food, people would say ‘what?' Worker treatment is the next big push."

Eden is the first Pittsburgh eatery to enlist in ROC's RAISE campaign: Restaurants Advancing Industry Standards in Employment. It's a kind of "seal of approval" for Eden's labor policies, says Romanus.

"We just do what we feel is right," says Hilary Zozula, Eden's co-owner and chef. From the restaurant's 2011 launch, she says, "I wanted to create an environment where no one makes that much more than anyone else. And when we make more money, we give people a raise" — which happened for the first time last year.

Eden employs eight people, including Zozula: Kitchen staff start at $11 an hour, rising to $12 after six months. Servers make $3.50 an hour — 67 cents more than the legal minimum for tipped employees — and tips are distributed equally. Servers can make $15-20 an hour even on less-than-busy nights, Zozula says.

Eden doesn't provide health coverage: Co-owner Al Polnac sat down with employees to figure out their options, Zozula says, and "with Obamacare, they were all able to get a better deal on their own" rather than through an employer-run plan. But Zozula says she hopes to offer retirement benefits soon.

ROC's national organization issues a Diners' Guide, which surveys labor standards at chains and local restaurants. While no Pittsburgh restaurants are listed — yet — Romanus expects that to change, and for local awareness of the issue to increase.

Zozula says treating workers fairly is its own reward: "If the servers are unhappy, customers will know. And if the kitchen staff is underpaid and overtired, you'll be able to taste it."