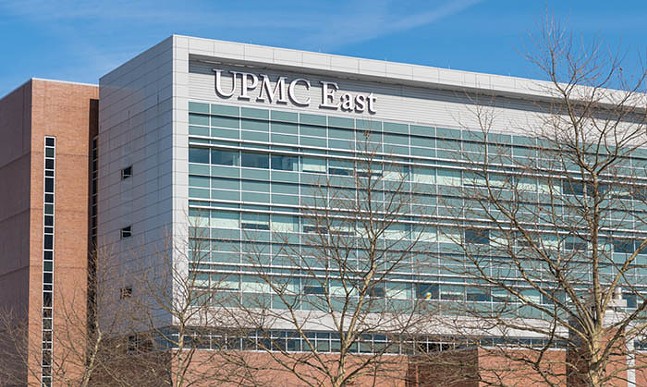 A local municipal auditor says UPMC should be paying real estate taxes on parking facilities valued at $32 million for which it is currently exempt.

“UPMC’s corporate real estate division is the agent listed for 23 parcels in Pittsburgh with a recorded purpose of parking. However, UPMC only pays taxes on the 13 parcels that represent its parking properties with the lowest assessed values,” Leuba told council on Monday.

If those remaining ten parcels were returned to city, county, and school district tax rolls, Leuba says, UPMC would have to pay an additional $760,000 in taxes each year.

“To me, the statutory authority is very clear,” he tells Pittsburgh City Paper in a phone interview, referring to a five-prong test developed by the Pennsylvania Supreme Court for determining nonprofit tax exemptions and a clause in the state constitution requiring each parcel to fulfill "the purposes of the institution."

According to state law, an entity seeking property tax exemptions must: advance a charitable purpose, donate a substantial portion of its services, benefit a substantial group of people in need, relieve the government of some of its burden, and operate entirely free from private profit motive.

Most of the parking Leuba identified is reserved for lease by UPMC employees. His report says monthly parking leases at UPMC employee lots cost from $30 to $120 per month.

“This auditor’s report is simply wrong in its legal conclusions and is not based on the relevant facts,” Manko writes. “These properties are used exclusively for UPMC staff, patients and visitors in support of UPMC’s charitable mission, and as such they certainly do meet the requirements for tax exemption.”

Manko tells City Paper that the parking rates listed in Leuba’s report are “significantly discounted,” as the parking lots in question are not operated for profit.

“Any parking fees are used to help offset maintenance and operating expenses to ensure safe and available parking for patients, visitors, and staff,” Manko writes. “The report also fails to note that UPMC pays City taxes on the minimal revenue from the discounted parking fees.”

“We shouldn’t take ‘tax-exempt’ for granted on any level where UPMC is concerned, all the way down to its parking lots,” Warwick contends, suggesting the possibility of a broader parcel review project.

"Our local taxing bodies at the city, county, and school board level should use whatever levers they can to stop huge nonprofits from not paying their taxes and taking advantage of the people of Pittsburgh. Parcel review, including this parking parcel review, is an idea worth investing in, one that could be a first step toward UPMC paying what it owes,” she says.

The region’s most recent systematic parcel review began in 2013 and wasn’t completed. In 2019, Allegheny County announced it lacked the resources to finish the already much-delayed review process.

TribLIVE reports that since 2014, 271 once-exempt properties have been returned to tax rolls. 26 of those properties were owned by either UPMC or Allegheny Health Network.

“We have, in the past, put properties back on the tax rolls using the parcel review process,” Leuba says. “So, I'm hopeful that they will act on this and revoke the tax-exempt status and bring this revenue back into the city, school district, and county budget.”

Leuba argue enforcing existing tax laws may be the surest way for local governments to see more tax revenue from the region’s largest nonprofits, including UPMC and the University of Pittsburgh.

“I think it's silly to be trying to ask UPMC nicely when we have a statutory mechanism in place that we're not using. This is money we’re leaving on the table,” Leuba says.