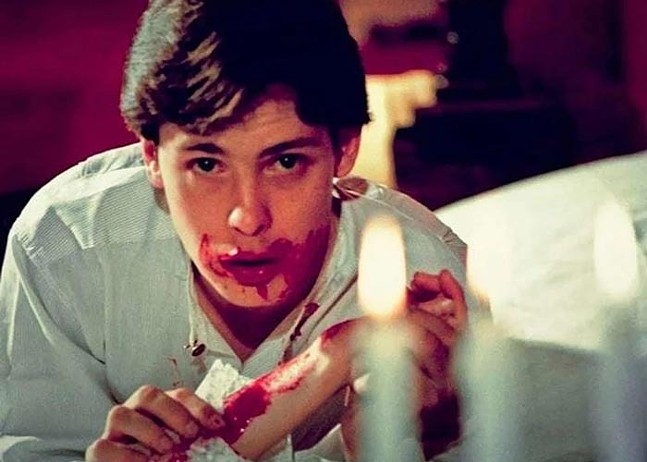 Filmmaker George A. Romero is best known for his Living Dead zombie film series, most of which was shot in and around the Pittsburgh area. But the horror director dabbled in another monster, the vampire, when he shot his 1977 film Martin in Braddock.

While not as popular as Night of the Living Dead or its sequels, Martin has grown into a cult favorite. And two big announcements are bringing more attention to the film.

On Oct. 30, Martin cinematographer Robert Gornick posted on his Facebook page that a “seldom (if ever) seen, black and white, 16mm version” of Martin had been unearthed. Calling it a "Director's Cut," Gornick says the three-and-a-half-hour work “was always Romero's preferred version.”

“To my knowledge, this is the only existing version of this Romero classic,” reads the post, which contains a photo of a film reel featuring a hand-written label Gornick says he prepared in 1976.

Gornick credited the find to the Kevin Kriess and the Living Dead Museum. Now located in the Monroeville Mall, where Romero's Dawn of the Dead was shot, the museum is dedicated to Pittsburgh film history, not only for horror but for other genres as well.

Shot on a budget of less than $1 million, Martin stars John Amplas as a disturbed young man who settles in Braddock. Believing himself to be a vampire, he soon goes on a killing spree, feeding on vulnerable locals.
Gornick added that the film will go to Richard Rubinstein and Braddock Associates for “digital revitalization and distribution to the world.” According to an American Film Institute entry, Romero partnered with Rubinstein, who was part of The Laurel Group, the production company behind Martin. It goes on to say that Romero butted heads with Rubinstein over releasing Martin in black-and-white, much like his 1968 film Night of the Living Dead. Martin was ultimately released in color with black-and-white sequences representing the main character’s flashbacks and dreams.

The discovery comes six months after the U.K. distribution company Second Sight announced that it would release a Blu-ray and restored 4K Ultra HD version of the film. The company’s Twitter account originally slated the 4K restoration for late summer, but no updates have been given since then.