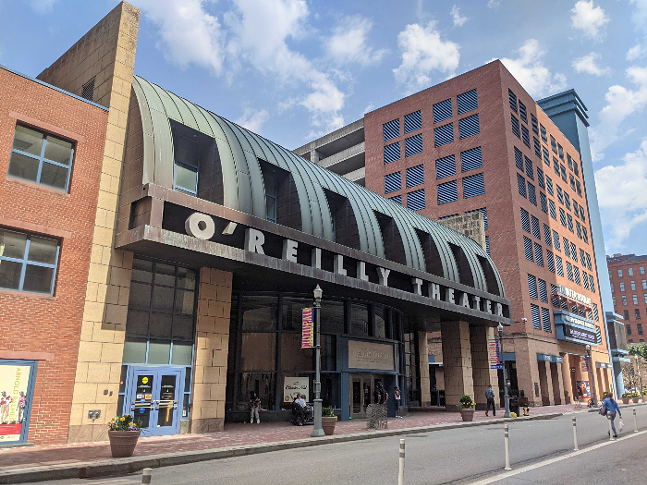 CP photo: Lisa Cunningham
The O’Reilly Theater in Downtown Pittsburgh
The Pittsburgh Public Theater is finally reopening its curtains and filling the stage after The O’Reilly Theater remained in the dark for over a year because of the coronavirus pandemic. The Downtown theater announced it will return for its 47th season with five shows, both online and in-person, beginning in October.

The success of the theater’s Classic N’At online series, which began in September 2020, helped financially benefit the theater and artists that were harshly affected by the pandemic. The online series captured 22,000 viewers from 22 countries according to the Pittsburgh Post-Gazette.

Pittsburgh Public Theater Managing Director Lou Castelli says he is grateful for that support, and is excited to reopen the theater to in-person audiences this fall.

“Our gratitude to the subscribers, donors, and countless supporters who have lifted us up during this time is immeasurable. We can’t wait to reopen the doors of The O’Reilly and welcome back the community this fall,” said Castelli in a press release. “We invite our friends and fans to grow back with us and hop on board for a real theatrical adventure.”

The 2021-2022 season kicks off with a digitally produced version of Slow Food by Wendy Macleod. The comedy follows a “hangry” couple into a local Greek restaurant for their wedding anniversary, but are greeted with an eccentric and neurotic waiter. The film will be available to view October 5-17.

The next four shows of the season bring The O’Reilly to life once again with in-person performances.
Tickets for the 47th season will be available to purchase in the fall, according to a press release.

“This season we will gather a company of outrageously talented artists to transport us across time and around the world with a collection of extraordinary plays,” said Pittsburgh Public Theater Artistic Director Marya Sea Kaminski. “After a year of so much distance, this season gives us so many good reasons to come back together.”