The moments of cliché are offset by interesting insights and odd chuckles. 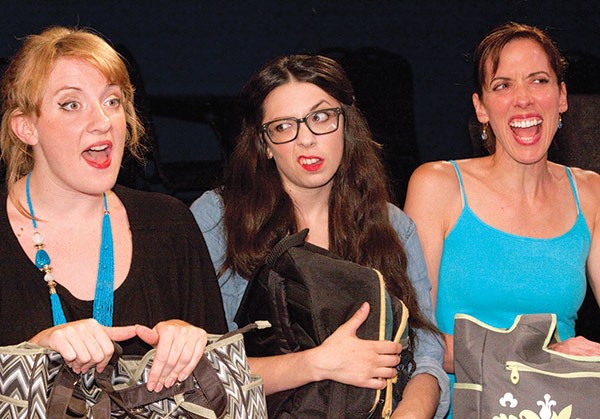 Motherhood, originally conceived by Susan R. Rose and Joan Stein and staged in 2010, includes some at-least-semi-autobiographical pieces, particularly "Michael's Date," LaZebnik's monologue on raising an autistic child, touchingly delivered by Mary Quinlan. In Pennette's "If We're Using a Surrogate, How Come I'm the One With the Morning Sickness," Edward mixes sensitivity, anger and laughs into the story of a gay father. Also notable are "Threesome," Ayvazian's take on the surprising silence when her musician-son leaves the nest, featuring Lisa Hoffmann and Edward; and "Nooha's List," Issaq's over-the-top explanation of PMS and its advantages, sympathetically portrayed by real mother-daughter duo Lisa and Amy Hoffmann.

While most writer-contributors (not all of them playwrights) are represented only once, Lowe fills in with some fast "Fugues." More satisfying and serious is the bizarre "Queen Esther," with the ever-ebullient Meyers as a divorced mom piloting hazardous custody waters while dealing with her son's identity and wardrobe choices.

While the show has its tiresome moments of cliché and obviousness, it has enough interesting insights and odd chuckles to make it worthwhile. Little Lake's ambitious production deserves applause after the tears and the laughs.