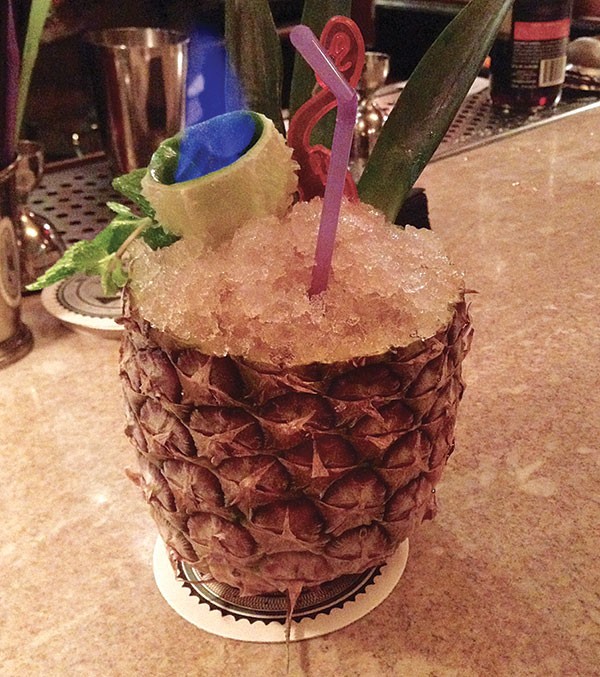 Flipping through a classic-cocktail book can be an adventure into a world of unrecognizable ingredients and strange measurements. One such perusal led me to a liquor store and a bottle of ruby-colored Heering: The Original Cherry Liqueur. Rye, lemon, cherry Heering, ice, shake, glass and a sip later (an imprecise High Hat recipe), I realized that I was about 200 years late to a really awesome party I hadn't even known was happening.

First produced in 1818 by Peter Heering, cherry Heering is a Danish liqueur, made by soaking slightly crushed Danish cherries in neutral grain spirits with herbs and spices. This natural mixture is aged for at least three years, while sugar, the only additive, is gradually introduced. The result is pure, slightly sweet cherry, as though you left some out in the sun and are eating them warm. It's perfect for adding depth and a bit of temper to a stiff cocktail, without the syrupy mouthfeel of other cherry liqueurs.

A robust and versatile ingredient should be tested. So with the help of Tender Bar, in Lawrenceville, I set out to drink two radically different cherry Heering-imbued cocktails.

The bartenders opened with a Blood and Sand, a classic that inspires polarizing feelings among drinkers. Scotch, cherry Heering, vermouth and orange juice, while sounding like a clash in flavors, actually make for a balanced, clean-feeling drink, perfect for sipping before dinner. The bite of the scotch was tamed by the fruit but not extinguished, leaving a little woodiness behind.

After conferring secretly about a good foil, Craig Mrusek offered up his Reef Dweller, a tiki cocktail with spiced rum, passion fruit, lime, Campari and, of course, cherry Heering. Served partially aflame, over a mountain of shaved ice, inside half a pineapple and garnished to the nines, the Reef Dweller couldn't have been a better contrast. This caramelized, amaretto-reminiscent colossus had me finishing it with a spoon after my straw proved unfit for the task.