Photo: New York Public Library Digital Collections
Postcard depicting the Monongahela Incline in Pittsburgh, Pa. circa 1898-1931
There are countless podcasts out there, enough to give anyone decision fatigue. To help narrow the choices, Pittsburgh City Paper put together a list of episodes from some of the biggest podcasts out there, all covering some aspects of the city's history. From true crime to architectural design, these will help you endure any menial task, mindless workday, or gym session.

Episode 405: Freedom House Ambulance Service
Pittsburgh has a history of racial discrimination and inequity that, as confirmed by a number of studies, still persists today. In the 1970s, Black residents who faced major barriers to employment became the first-ever paramedics through a Hill District-based jobs training program called Freedom House. While the subject has been covered before, including in a documentary, 99% Invisible offers a comprehensive look at a little-known, pioneering group of people. 99percentinvisible.org

Episode 259: Monongahela Incline
Nothing puts a fresh perspective on an old city like someone marveling at familiar landmarks. The podcast leg of Atlas Obscura, a media outlet focused on covering fascinating places and cultures worldwide, decided to explore the Monongahela Incline with intern Sarah Kaplan, who lives in Pittsburgh. Kaplan discusses how the funicular transported weary coal and steel workers up Mt. Washington and its legacy as one of the few surviving systems of its kind in a hilly place that used to be lousy with them. (If you feel like riding the incline after listening, you should do it now before it temporarily shuts down for renovations.) atlasobscura.com/podcast 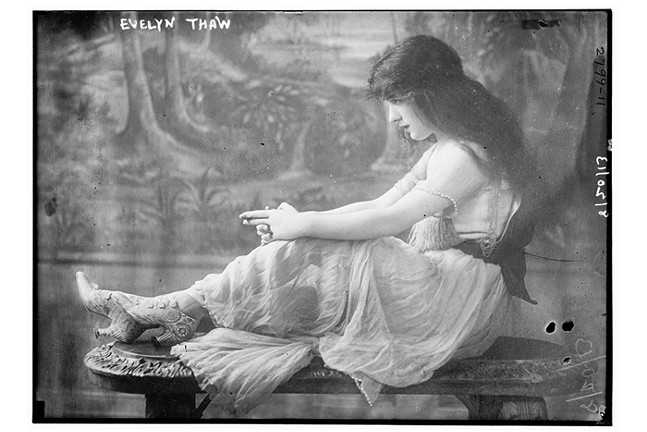 Episode 91: The "It" Girl and Episode 92: Dementia Americana
Criminal, a podcast that redefines true crime by looking at everything from heists to celebrity animal abduction, invited author Paula Uruburu to discuss the case of Evelyn Nesbit, a Pittsburgh native who went on to become one of the most famous models and actresses of the Gilded Age. Over the course of two episodes, Uruburu and host Phoebe Judge detail how Nesbit was swept up in a deadly love triangle between architect Stanford White and Harry Kendall Thaw, the disturbed son of a Pittsburgh coal and railroad tycoon. The case has a number of shocking twists and turns, as well as instances of abuse and sexual assault, so viewer discretion is advised. thisiscriminal.com

Episode 01: The Lucky Winner
Swindled tackles all levels of greed-driven crime, from scams perpetrated by small-time con artists to the devastation caused by corporations like Nestlé and Bayer, all with a biting sense of humor and in-depth research. Given its reach, it's wild to think the show began with an episode touching on Nick Perry, a Pittsburgh TV celebrity who, in 1980, rigged the Pennsylvania lottery in a scandal known as the "Triple Six Fix." The case serves as a bite-sized prelude to the episode's main subject, that of lottery employee Eddie Tipton. swindledpodcast.com

Episode 514: The Thought That Counts, Act Two, Your Junk in a Box
NPR producer Starlee Kine explores time capsules by looking at an extensive archival project at The Andy Warhol Museum. Since 1991, the Pittsburgh museum has been cataloging hundreds of boxes left behind by its late namesake, who obsessively collected and saved items from his daily life. Released in 2013, this episode follows the three people tasked with unboxing and organizing these mystery boxes in what has to be the world's biggest posthumous art project. thisamericanlife.org
Have a favorite podcast episode about Pittsburgh? Contact A&E editor Amanda Waltz at awaltz@pghcitypaper.com.